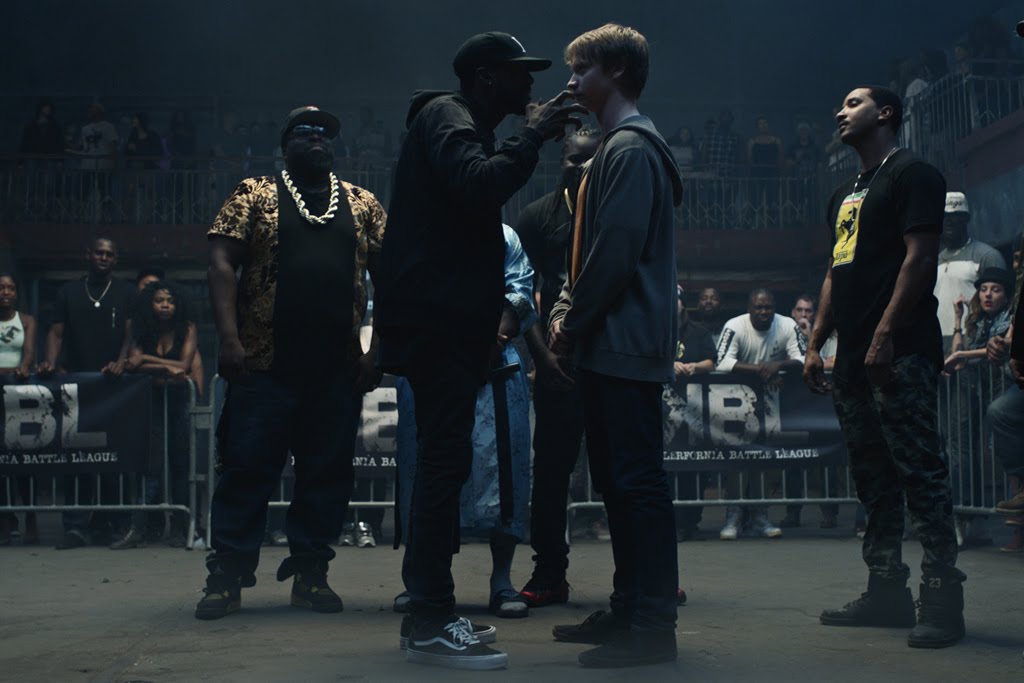 “Bodied” the Battle Rap Film is Out now

Eminem has dropped to 2 albums and produced a film in 2018. Slim Shady has had an active year and this film is something he approves. Prez is often critical of recent Eminem, but Bodied is something we can agree on. The Detroit rapper was born in battle and I could tell he enjoys the battle scene. 8 Mile showed the style of his upbringing and the music scene of his city. This film, in my opinion, details the impact on battle rap on hip hop. 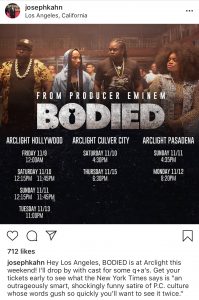 We talking rap battles in person, not on wax. The early days of hip-hop( your granddad and dad’s era) was the days when DJs, dancers, and rappers battled. The creativity of the rap battle got people turning it into a league. For example, URL/Smack(Ultimate Rap League) and KOTD( King of the Dot) got their battle rap leagues. In a way, it has become a subgenre of hip-hop. Any hip hop head from 25-40+ owned a Smack DVD. You kids were not outside when Serius Jones battled Murda Mook. We had Sidekicks when H.E.A.D. Ice took on Tech Nine.

Information on the Film

The film is directed by Joseph Kahn. It has a limited theatrical release. YouTube is distributing the movie and it can be seen on YouTube Red. Calum Worthy stars in the movie. Charlamagne tha God and battle rappers such as Hollow Da Don and Dizaster make appearances in the film. It has gotten an 88 % approval rating on Rotten Tomatoes.