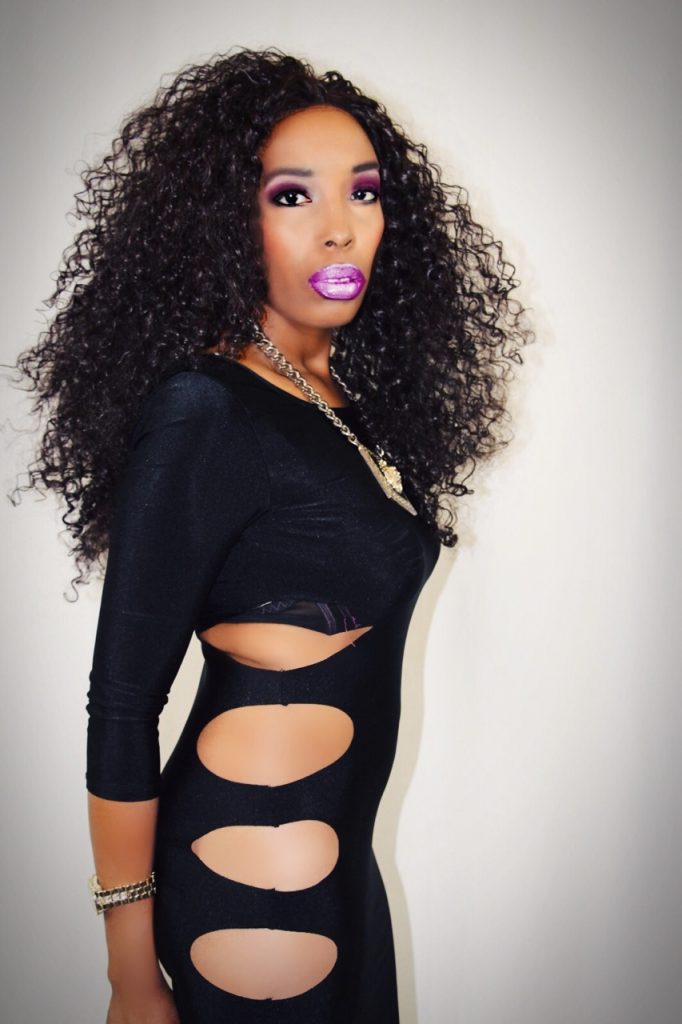 Michelle “Miss Knockout” Bracey is an emcee and actress who has been featured on “Orange is the New Black,” “Basketball Wives,” and indie projects such as the short film, “A Woman’s Reflection.” You may also recognize Miss Knockout from commercials for Beats by Dre and Al Roker’s “Girl Starter” television show, in addition to NYC Rent Security billboards and subway ads all over the city. Her grind also translates to the music industry, and she considers the two paths equal passions. Known for her battle rap prowess, Miss Knockout now focuses on songwriting and the release of accompanying visuals to amplify her brand. In an exclusive interview with FM Hip Hop, this #FMFeline shared advice for other independent creatives, and her goals for 2018.

MISS KNOCKOUT: My past. I grew up in Queens, New York, and went to a foster home when I was three [years old]. I was adopted by a family when I was 13, then I was pulled out of that house and put back into foster care by the time I was 16 because my mother who adopted me was an alcoholic. I have such a tumultuous past that I’m driven to find my purpose in life. Until I find my purpose in life, I’m fully motivated to get there.

FM: What do you think sets you apart from other actors?

MK: A lot of actors I talk to do a lot of background [acting], and they think that, “Oh, somebody’s going to pick me out of the crowd and give me a line.” I was always a worker. I always felt you had to go towards what you want, instead of somebody handing you something. Just as they can hand it to you, it can be taken away even quicker.

I’m in my fourth year studying with different acting teachers– Marc John Jeffries, Melba Moore, Jason Alexander, and the list goes on. It definitely sets me apart because I get more knowledge. I know how my headshots are supposed to look. I know it’s supposed to look like [a character actor]. That’s not what the average person is going to have. I have a different look, and a personality that [is unique].

FM: What are some of your favorite projects that you’ve been a part of?

MK: I worked with Anky Cyriaque, he’s a Haitian-American director. I was in a pilot called “The Wohs” with “Joel” from “Empire,” Marc John Jeffries, Joseph [Sikora] from “Power,” Taral Hicks from “A Bronx Tale,” and Yandy [Smith-Harris] from “Love & Hip Hop.” It’s kind of like “Empire” but with supernatural powers involved. It was such a great experience working on that because it was my first supporting role. I loved working with [Siracki]; he’s such a good director. He’s working on a new show called “The Lineup,” which is going to be on TIDAL. It has Jim Jones, Tahiry, and a lot of other people in it. I’m not going to reveal the plot, but it’s like “Money & Violence” but thinking about females now. I’m also on a web series called “New York Minute,” written by Illa Ghee.

FM: Is music your first love?

MK: Definitely. I started battling when I was 14-15 [years old]. Females really weren’t coming out battling; I was battling mostly guys. We also battled over a beat. Now, I watch battles and they just talk, which I don’t understand. To me it’s kind of cheating, because we had to rhyme over the beat, keep time, and we had to think off the top of our heads. Then I went into songwriting.

FM: What are you currently working on musically?

Next year, my goal is definitely to travel out of state more and do more shows. I feel like, when you’re in the city, you become stagnated a little bit. You need to mobilize yourself at some point to reach another level.

FM: Both acting and music are industries where working almost 24/7. What tips do you have for other people pursuing those careers?

MK: When you’re starting out, you don’t get a lot of help. People won’t jump on something until they see it’s lit, or they see the train rolling. Then everybody wants to gravitate towards it. But before that, the hard work, you have to put it in yourself. You basically have to become self-contained.

I learned editing programs. I go on YouTube– on YouTube you can learn anything. You can google anything. I try to pick up and learn stuff myself. I took my own headshots, I’ve filmed my own footage… if I didn’t have media, I created my own media to get to the next step. People ask me, “How do you get so much work? Do you have an agent?” I’m just starting to get with agents. Before that, I was booking my own stuff. And if I didn’t know the answer to something, then I would get on the internet and I would find out.