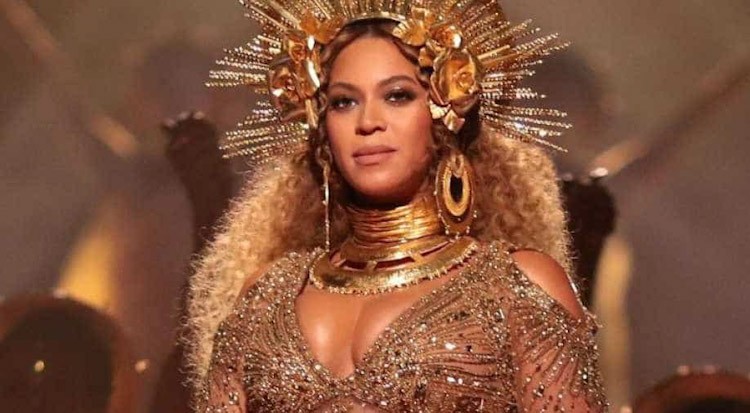 Beyoncé accepts her GRAMMY award at the 2017 Grammy's. Image via Getty Images.

Beyoncé has made it through another year of life. At the beginning of September, Queen B turned the young age of 41. Her birthday was officially the day before Labor Day. This clash caused the icon to push her birthday celebration to the following weekend. Even with this conflict, Beyoncé still managed to pull big-name celebrities to her party.

Celebrities flocked to Bel Air, where Beyoncé hosted birthday number 41. A Bel Air mansion was the location chosen by the birthday woman. HotNewHipHop reported that guests started arriving around 10:30 at night. The party lasted until three o’clock in the morning.

Who Pulled Up On Beyoncé For Her 41?

A post shared by ADELE • KATY • YONCÉ IS THIQUE (@adelekatyyonce)

Of course, Jay Z showed up to support his phenomenal wife on birthday 41. TMZ snapped a picture of the rapper looking suave.

The Kardashians showed up to party with the 41 year-young Beyoncé. Khloe Kardashian wore a silver top and skirt that shinned bright any time the light hit it. Kim Kardashian wore a red and black stripped, tight-fitted body suit. Kim’s blonde hair flowed down her back.

Kris Jenner also made an appearance at the party. She showed off her legs with a thigh-high dress. Her high heels glowed like diamonds as the paparazzi flashed their cameras.

Offset didn’t miss his chance to party with Beyoncé at 41. The member of the Migos let his outfit be inspired by Michael Jackson. His outfit looked very similar to the outfit MJ wore to the 1984 Grammy Awards. Offset matched Michael from his feet to his head.

Drake also made his appearance for the queen for birthday number 41. Drizzy showed up wearing an all red matching top and bottom set. The outfit looks extremely comfortable for a night of partying. In true Drake fashion, the outfit came without a undershirt.