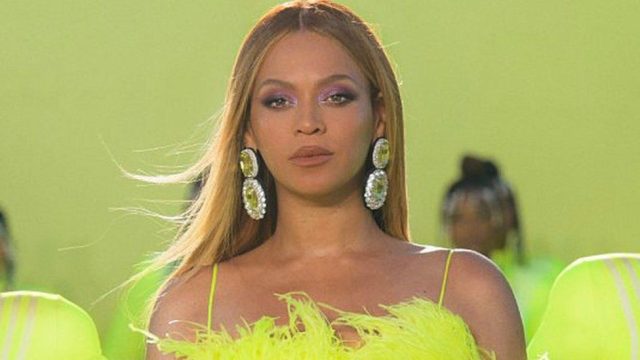 After being in the game for 25 years, Beyonce continues to make history in music. Just two weeks after her no-skip album Renaissance was released, all 16 songs landed on the Billboard Hot 100 chart. The infectious “Break My Soul” topped the chart at number one. The song marks her first number one since “Single Ladies (Put A Ring On It)” in 2008. “Cuff It” and “Alien Superstar” landed in the Top 20 at #13 and #19 respectively.

Yonce joins female artists Cardi B, Taylor Swift, Olivia Rodrigo, Adele and Ariana Grande to have every song from an album chart. She is also one of the only female artists to have at least 80 songs in her catalog to make the Billboard charts. Nicki Minaj and Swift have also achieved this.

“Break My Soul” also landed the number one spot on Billboard’s Hot R&B/Hip-Hop chart. She is the fourth woman in history to have 10 songs on top of the chart. She follows Aretha Franklin, Janet Jackson and Mariah Carey; whom she is tied with.

Bey’s seventh studio album Renaissance also topped the Billboard 200 at number one, the same week Break My Soul became number one. She becomes the first female artist in history to have all seven of her solo albums debut at number one. Renaissance is also the biggest female album release of 2022 so far and third overall, following Harry Styles’ Harry’s House and BTS’ Proof. It also received widespread acclaim from fans and critics, calling it her most cohesive work yet.

Throughout its release, Beyonce has also released a handful of remixes to “Break My Soul,” including a Queens Remix with Madonna. The remix samples Madonna’s “Vogue” and name drops other black queens in the industry, including Rihanna, Nicki Minaj, Lizzo and her sister Solange.

With this album only being out for two weeks and is the first part of a trilogy, the Beyhive will surely be fed.