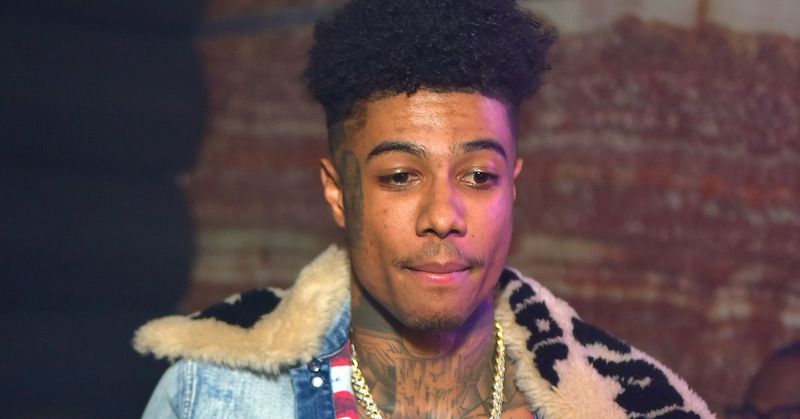 The “Dead Locs” artist was cuffed and apprehended outside Las Vegas Lo-Lo’s Chicken & Waffles today. According to authorities, Blueface went under arrest arrested for a felony attempted murder, which allegedly took place on Oct 8.

Blueface, real name Johnathan Jamall Porter, was walking with Chrisean rock when 6-8 undercover officers began tackling him. In a TMZ video, an audience seems to be forming as the Cali rapper stays on the ground, cuffed.

Unfortunately for a bewildered Chrisean, her partner’s case seems quite severe. According to the police at the scene, they arrested Blueface on an open warrant. Apparently, His felony attempted murder charge includes using tear gas and a deadly firearm.

In addition, Blueface is up against a discharging gun into a house, building, vehicle, or craft charge.

Blueface And Chrisean Are Still On Strong

Of course, the Baddies West star has already made it clear she’s sticking beside her man. She posted a video after Blueface’s arrest showing the couple conversing hours before the incident.

“Dis was 3 hours before they took a u from me Jesus Got us NO WEAPON FORMED AGAINST US SHALL PROSPER IM YO ROCK FORever,” she typed.

Blueface has been taken to Clark County Detention Center and held without bail. Crazily enough, this isn’t the only recent legal trouble for the artist. Before his arrest, Blueface needed to appear in court for operating an unregistered vehicle. Blueface never showed up to the North Virginia court, resulting in a bench warrant.

The “Thotiana” rapper will appear in front of a judge tomorrow to fight the attempted murder charge at Las Vegas Township Justice Court.

Clearly, Blueface has a mess of legal issues to work out.