Sorry Kylie You Are Not The Only One!

Tyga got put on blast by Transgender model and actress Mia Isabella.  Isabella, has claimed that Tyga has been texting her photos of his manhood.  Mia also said that her and Tyga have been messing around with each other for the past three years, oops Kylie that means he has been cheating on you girl and you too Blac Chyna.

Screenshots don’t lie and Mia of course have save all the sexting they been doing along with the penis pics.

According to TMZ, Tyga’s lawyer Lee Hutton believes the Tyga is the victim of a conspiracy designed to “maliciously shame” him. Although Tyga and his team admitted that the photos are definitely him, he claims he did not send it to the named person.

Check out some of the texts via LoveBScott 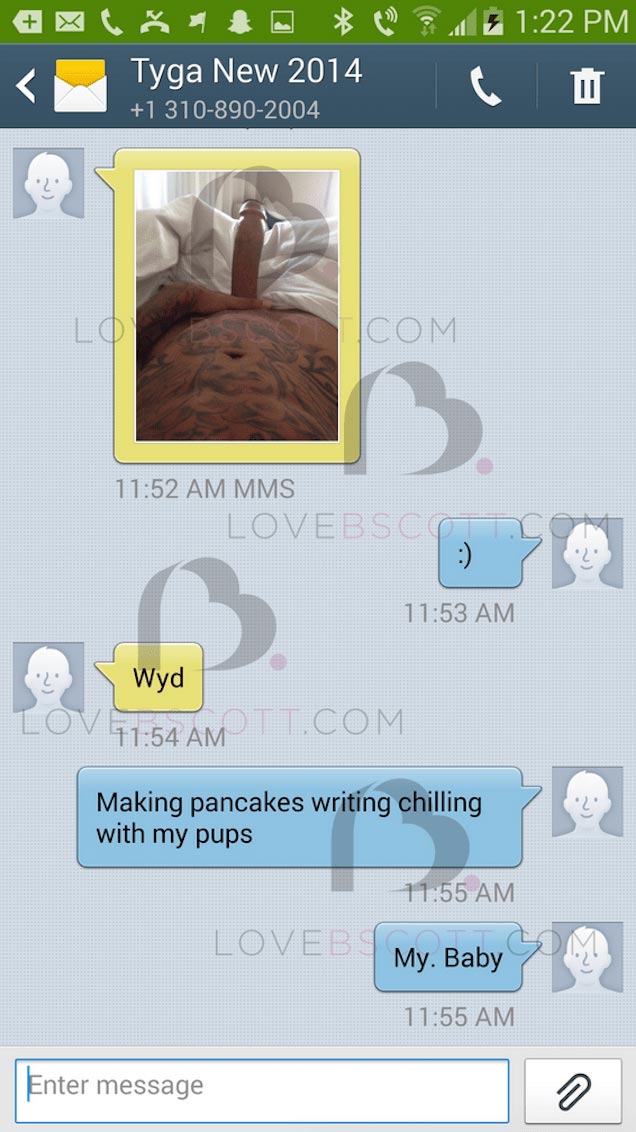 The rapper took to social media to address the rumors that he been cheating on Kylie Jenner with transgender model/actress Mia Isabella.

My focus is always on the positive and building up those around me. I’ll never understand why people choose hate and negativity over anything else.