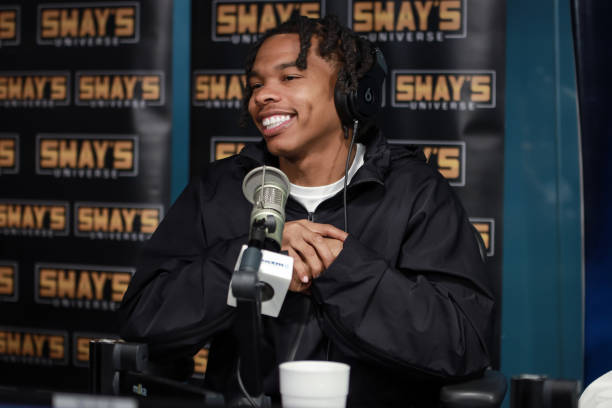 DJ Akademiks is not happy with Lil Baby to say the least. The Off the Record podcast host says he would testify against Lil Baby if the Atlanta rapper ever lands in court. Lil Baby disses Akademiks on his new album, It’s Only Me, which is available now on all streaming platforms. He actually mentioned Akademiks twice in his sophomore project on “Top Priority” and “From Now On”.

The QC artist raps the following lyrics on “Top Priority”:

“All cap aside, who really turned as us

Akademiks know he ain’t as rich as me”

After hearing about the shots aimed at him, Ak took to Twitch to rant about Lil Baby. This is where he made the comment about testifying against Lil Baby in court. Akademiks claims if Lil Baby ever goes to court on RICO charges, he’ll play the judge these tracks. Surprisingly, Lil Baby was on The Breakfast Club last week to promote his new album. Also, he was asked about the lines in reference to DJ Akademiks. Overall, he says the lines are not for Akadmeiks, but for everyone like him who make claims and sit behind the computer.

Akademiks is treating these lyrics as a threat and admits he has no problem contacting the Fulton County Georgia District Attorney. The blogger feels there is enough probable cause to get Fani Willis, the DA, to spark a case. In addition, instead of saying his name, Ak prefers that Lil Baby diss Fani Willis in his songs. Willis has put some of his friends behind bars like Young Thug and Gunna. Akademiks is starting to walk the same path as Charleston White and he is not afraid to show it.