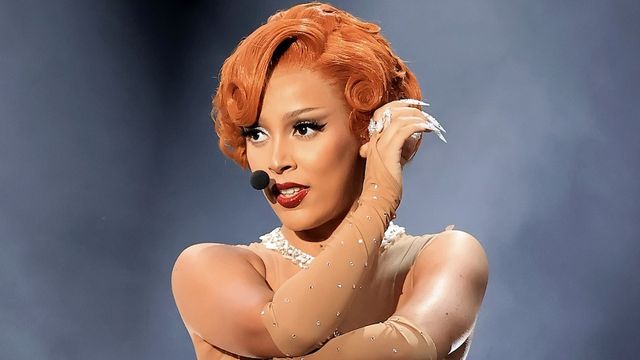 The Billboard-winning superstar, Doja Cat is so good at turning heads and catching the public’s attention! The star continues to shine in each award show. Doja leads the BET Award nominations with six nods.

Other than topping this year’s Billboard Music Awards, the 26-year-old achieved her first Grammy in April, where she won Best Pop Duo/Performance for “Kiss Me More” feat. SZA. Taraji P. Henson will host for a second time at the BET Awards. The collab was not only nominated for Best Collaboration but also Video of the Year. “Planet Her,” is also up for Album of the Year, and the artist is also a contender for Best Female Hip Hop Artist, Best Female R&B/Pop Artist, and BET Her for “Woman.”

Although Doja Cat seems to have an abundance of support from her millions of fans, there has been some controversy about what genre of music she resides in.

Since Doja Cats rise to success, many have been curious as to what kind of music the star releases. Many believe Doja should be called a rapper, others say her style is more Pop or Hip-Hop. While Wale praised her for being one of the best female rappers, Remy Ma doesn’t seem to agree.

According to an interview with Elle Magazine, The “Get Into It” artist considers herself Hip-Hop at heart. Someone who was raised listening to 90’s legends such as Busta Rhymes and Lauryn Hill, Doja says, “I’ve rapped since the beginning, and I really couldn’t even sing that well to begin with—I got a lot better,” she states. “I use my voice as a tool to create these worlds, and it’s fine if people think that I can’t rap.”

Doja Cat faces criticism all the time will continue to face competition in the Best Female Hip-Hop Artist category at the BET Awards as Cardi B, Latto, Megan Thee Stallion, Nicki Minaj, and Saweetie are all nominated as well. She also recently announced her new music video arriving this week! Check out a clip of “Vegas” (From the Original Motion Picture Soundtrack ELVIS) below, which drops Friday, June 3rd.