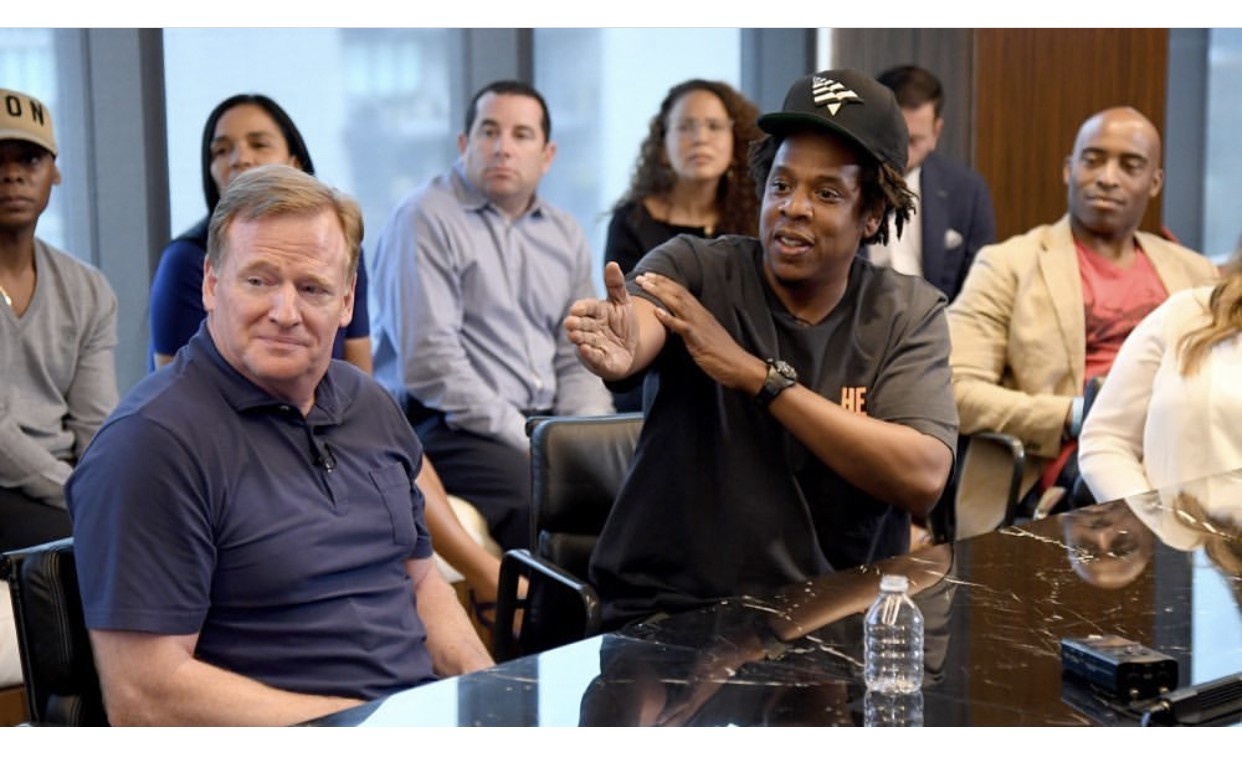 The Jay-Z/NFL deal has been discussed on outlets such as FS1’s Undisputed with Skip and Shannon and Sway’s Universe. The NFL and Jay-Z bought the music and sports world together in more ways than one. Colin Kaepernick  girlfriend Nessa Diab has been outspoken on Jay-Z teaming up with the NFL. She even appeared on Hot 97 to state the deal as a PR stunt to clean up the mess left by the Kaepernick controversy. Dame Dash appeared on the No Jumper Podcast with Adam 22 and said “Jay-Z ain’t sh*t”. 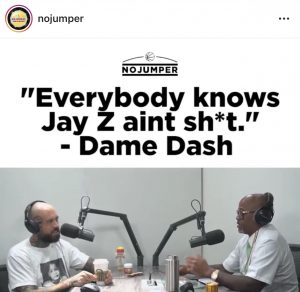 Jay-Z vs. Kap Shouldn’t be the Narrative

People are writing Jay-Z as a figure that will erase Kaepernick’s existence. Those who sided with Hov will bring up Kap and the NFL reaching a settlement with Kap signing an NDA. People siding with Hov will bring up him telling artists not to perform at the Super Bowl while secretly negotiating with the NFL. We can support both people for what they have accomplished and will further do. Freddie Gibbs saying “Fu*k Kaepernick” isn’t necessary. Miami Dolphins Coach Brian Flores  playing 8 straight Hov songs to annoy Kenny Stills isn’t the way neither. We often pit black people against each other and that distracts us from the ultimate goal. 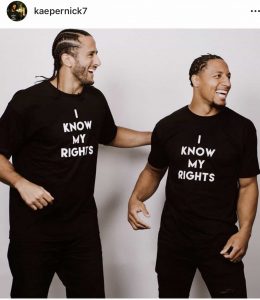 I believe the biggest mistake the NFL made during Kap’s protest was never acknowledge what he was kneeling for. Roger Goodell, the embattled commissioner of the league, could made waves by embracing an American using his freedom of protest to combat social injustices. By playing down the middle and trying to protect the “almighty dollar”, some fans decided that America’s Game mirrored America today.  The NFL might never be revered as it once was. Jay-Z teaming up with the league might make watching the game less taboo. We should give the partnership time and see how it benefits society as a whole.