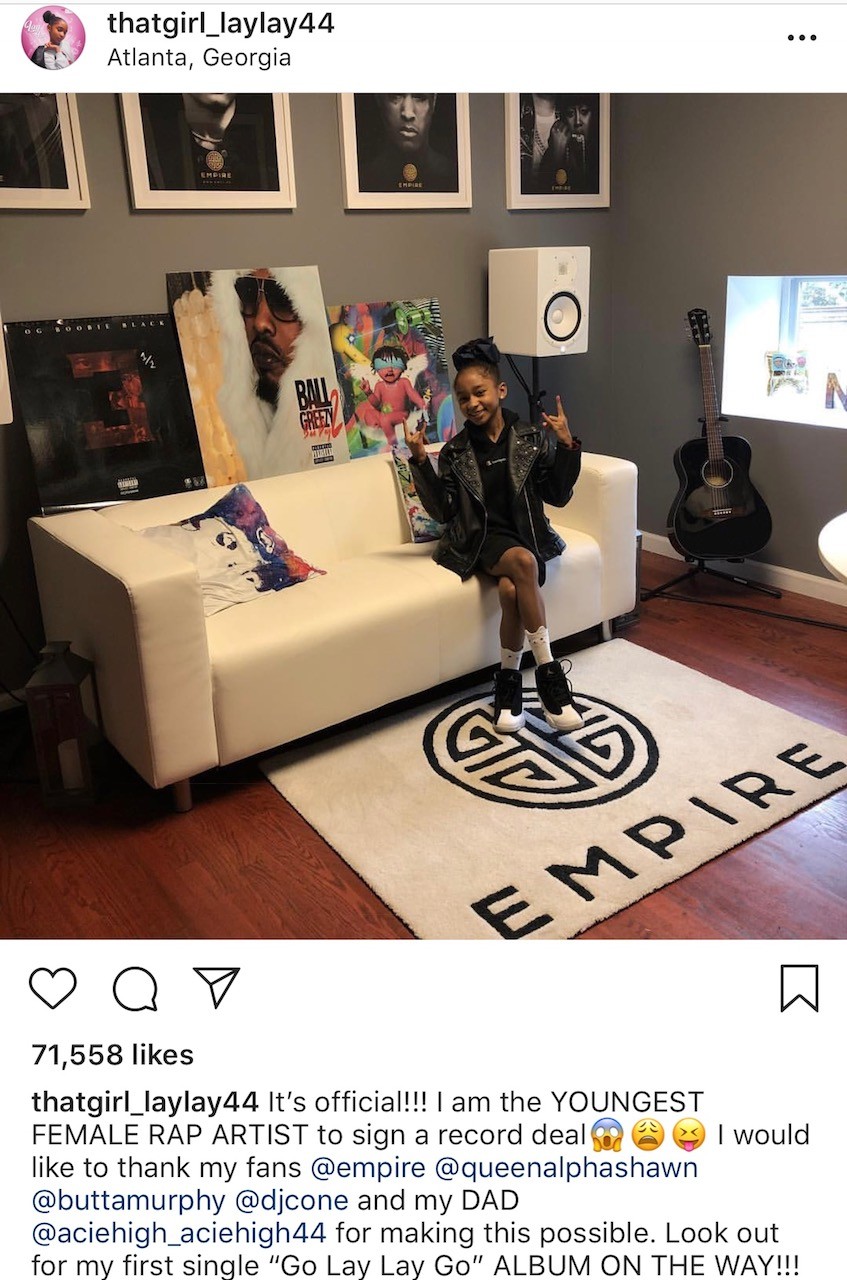 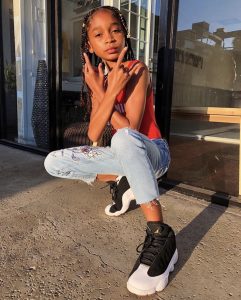 11-year old Alaya High, who is known as Lay Lay, became the youngest female rapper to sign a record deal with Empire. Empire has worked with Kendrick Lamar, Anderson Paak, Schoolboy Q, Ab-Soul, Webbie, Boosie Badazz, YFN Lucci, and Young Dolph. Alaya is from and reps Atlanta but is from  Houston, Texas. She announced the news on Instagram. “It’s official!!! I am the YOUNGEST FEMALE RAP ARTIST to sign a record deal,” she stated. “Look out for my first single ‘Go Lay Lay Go’ ALBUM ON THE WAY!!!” 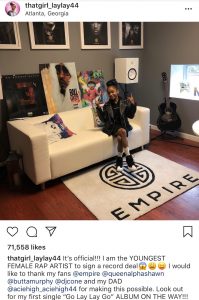 Freestyles that went viral got her noticed

Lay Lay has been sharing photos and videos of her rapping since 2017. She has over 229,000 followers. She went viral in May when her freestyle over BlocBoy JB’s “Shoot”. The freestyle went viral over Twitter and was retweeted over 100,000 times. She hinted at signing with Empire last month, she freestyled over Drake’s “I’m Upset” and gave the late XXXTentacion a shout out, who was signed to Empire as well. “Can’t leave the kids alone/Rest in peace XXXTentacion/Glad I get to try and make a difference for XXXTentacion/Now your girl on the same label as XXXTentacion”.

Every Fridays, she drops a new freestyle. She freestyled over Tyga’s “Swish” from the passenger side of her car. The freestyle was dropped 3 hours after she signed her deal with Empire. Empire has signed two viral sensations. Lay Lay and the yodeling boy, who appeared at Coachella.