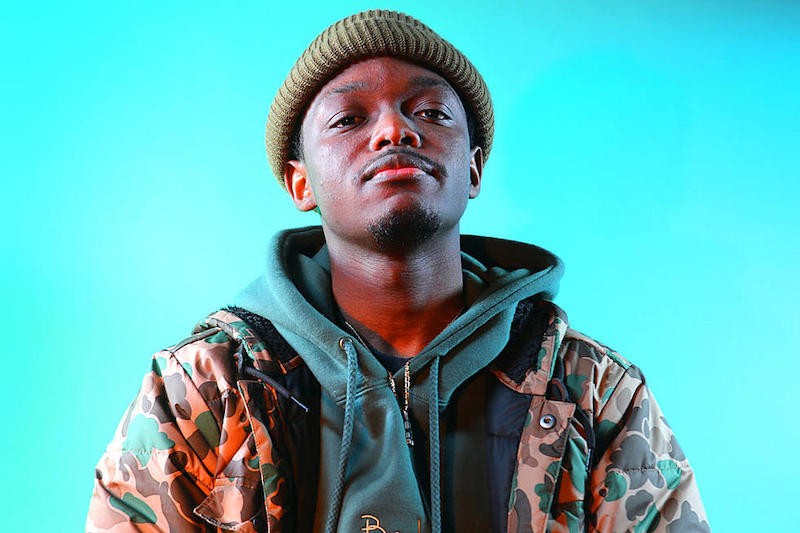 The latest BET Awards brought some loud names together. Prominent Hip-Hop veterans came to receive their honors; some even had historic reunions happening right on stage.

Meanwhile, many artists also held performances, including HDBeenDope. The “BYRD” rapper was a special guest at the 2022 BET Hip-Hop Awards ceremony.

Performing At The BET Awards Ceremony

When I asked HD about his performance experience, he reassured me it was “fire.”

“It was dope to get the platform from BET,” the artist continued. “To utilize that and bring people into the world while also shining a light on Hip-Hop legends. Things like that.”

The past fall has generally been very productive for HDBeenDope. He released multiple singles, simultaneously working on the “What Can They Say?” project, which is also coming out this October.

“That’s going to be the one that is very special. It’s a turning point,” HD described his upcoming project. “We are going to make sure the world understands that too. So I’m excited for people to get it.”

“The best way for me to explain [“What Can They Say?”] to you is: this is level-up music. My whole mantra is ‘L.A.B.B.’ Learn and become better. Every day you’re going to learn something, whether it’s the most simple things or the most complex thing, you’re going to learn something every day. So the idea is learning something and then using that to make yourself better. Otherwise, you’re not using the things you’re learning, and there’s no real point in learning them. So it’s like, ‘let me take the things I’m learning and see how I can apply them and make myself a better person.’ And all that is just committing to evolution.

So the music you got to hear is somebody with the total commitment to evolution, you know what I mean? Fully committed to leveling up. And I feel like we’re all trying to this figure out, ‘how do I get to this next place?’ We all got something more significant than where we’re at in our mind, and we’re just trying to figure out how to get there. So that’s what this music embodies.”

On top of various musical releases, HDBeenDope has recently signed with Roc Nation. This business deal also seems to work out great for the artist and the record label.

“I feel like the main focus for me is being a legacy artist,” HD shared. “An artist that actually can stand the test of time. And that’s precisely what Roc Nation is also focused on building. So it’s a cool little marriage.”

With his recent and upcoming musical and career accomplishments, HDBeenDope thinks he’s “in a good position to shock a lot of people.”

“We have some incredible things on the way, and I’m excited for people to get it in the way that we’re going to deliver [those incredible things]. I think there’s an understanding for most people that’s been on the journey with me. They expect a particular trajectory, and I feel like many other people might just be spectating and expecting a specific course. Still, I know where we’re going, and it’s just very different than anybody could expect. It’s bigger than that, so it’s going to shock people.”

However, it’s about growing as an artist and shaping the world. Though with a sparkle of “shock.”

“Essentially, it’s just ‘learn and become better,'” HD explained. “Just promoting that, a whole [artistic] space where people are committed to evolution. And as long as you’re committed to that, you have space because there’s process and growth. Do you know what I’m saying? It’s not just A-to-B or one-to-ten type shit, you know what I mean? It’s one to seven, back to five, back to two, up to eight. There’s a process in that. So we just promote, allowing people committed to that process to go through it.”

“My name is HDBeenDope,” the artist concluded, explaining his artistic message. “The “BeenDope” comes from that understanding. Like, that’s a reminder for me. Before anybody wanted to talk to me about music or hear any songs, sing lyrics back, or anything like that, I had to believe it. You feel me? So that’s what I want everybody else to understand, is it all starts with belief. Whatever you’re trying to do, it begins with you.”