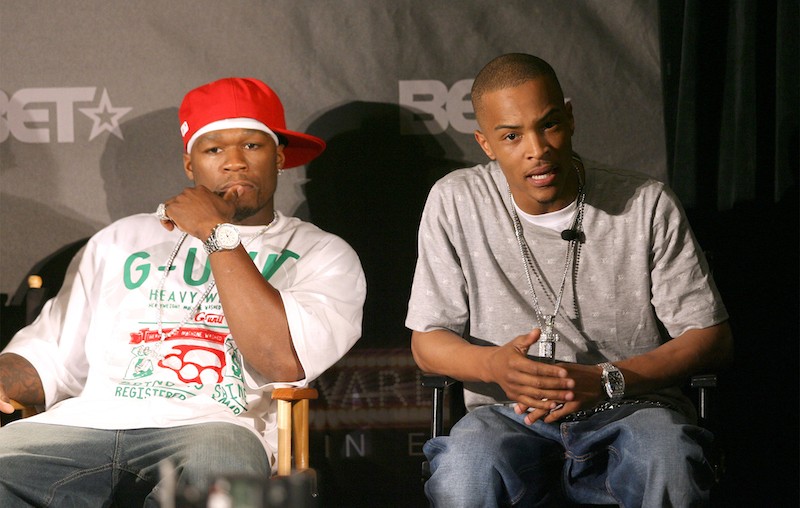 This week some of Hip-hop’s finest such as T.I., 50Cent, and Fetty Wap, have kept the spirit of the Thanksgiving season with their charitable giveaways.

Nine times out of ten, the headlines bleed. And the public is bombarded with stories of loss, abuse, and destruction. Nevertheless, that doesn’t mean there aren’t loads of gains, love, or success in the community. Unfortunately, it isn’t always highlighted. This week, some of the top names in hip-hop are demonstrating just how big their hearts are. This is regardless of what circumstance they have found themselves in. And that is spotlight worthy.

50 Cent is one of the most enterprising rap artists to hit the scene. This multitalented artist never ceases to discover ways to increase his influence. Not only is he an artist and entrepreneur, but he also exercises his financial savvy through serial investments.

Despite his immense success, 50 Cent still manages to give back. This week Jackson partnered with the Houston Rocket’s Clutch foundation, Specs, and Kroger. The G-Unity foundation and allied partners were able to help 1,000 individuals in Houston have a lovely holiday season, according to a source.

T.I., another enterprising artist, also led by example with his charitable giveaway in Atlanta. However, this is nothing new for Harris. T.I.  has made significant strides when it comes to paying it forward. His philanthropy has not gone unrecognized. In 2019 the Georgia Senate recognized Harris for his charity and massive impact on his community.

And the giveaway he sponsored this year is an annual event he has committed to for seventeen years.

There aren’t many who aren’t aware of Fetty Wap’s current state of affairs. The artist is currently incarcerated. But despite his current situation, he demonstrates that circumstances shouldn’t prevent one from giving. That is especially if it is within one’s power to do so. On November 23, the artist hosted a giveaway in Jersey with his family as his proxies. According to CBS, due to Wap’s generosity, many people in Patterson, New Jersey, will be able to have joyous holidays with their families and friends.

Surely, these aren’t the only artist who is spreading the love. However, they are examples of what it means to give out of the abundance that they have been given. And that’s a beautiful, inspiring thing that should never go unhighlighted. From the F.M. Hip Hop family, keep shining and leading the way. And from our family to all, Happy holidays!