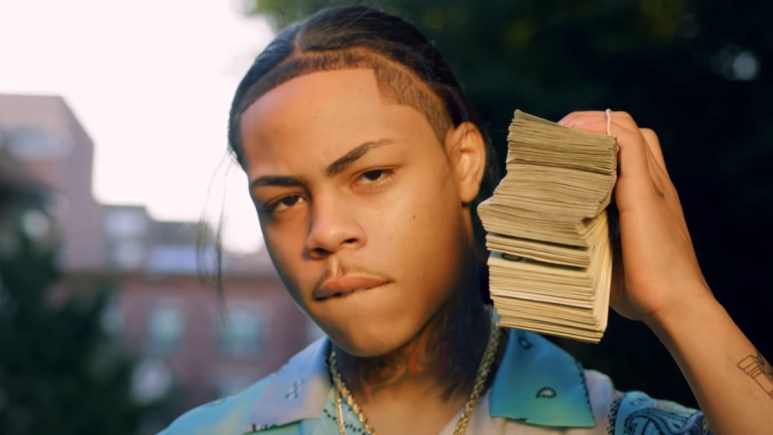 On Wednesday (Mar. 16), Lichtman announced the update in the case on Instagram. Posting a photo of Flock, he captioned the IG post, “Very happy and honored to be representing #kayflock on the most serious of cases. A very talented kid, I’m looking forward to winning his trial. When the facts come out I think people will be shocked he was even charged.” 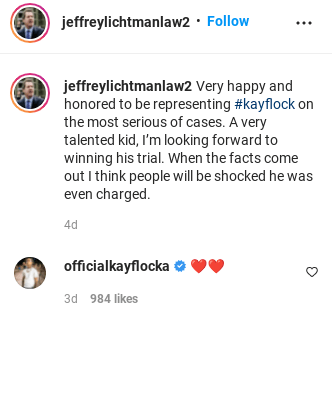 The 18-year-old artist, Kevin Perez, faces a murder charge for the death of Oscar Hernandez, 24. On Dec. 16, 2021, the incident followed a dispute outside a Harlem, N.Y. barbershop. Earlier reports said Hernandez was inside the barbershop on Amsterdam Ave. at W. 151st St. when Kay Flock walked into the building and asked him what he was looking at. Police say Hernandez confronted the rapper after leaving the shop. Following an argument, Hernandez took shots in the back and neck.

Despite initial reports, surveillance footage shows Kay Flock and two girls walking past the barbershop. Afterward, the victim walks out of the barbershop and follows Flock. For a few seconds, neither of them is in the camera’s frame before. Eventually, Hernandez stumbles back into the frame and falls to the ground, apparently shot. After a warrant went out for Kay Flock’s arrest, he turned himself in on Dec. 23, 2021,

Initially, Kay Flock hired celebrity lawyer Scott Leemon, who defended the rapper. “We have begun our own investigation into these allegations,” Leemon told XXL in a statement following the arrest. “More importantly, considering the DA’s significant disclosure this morning that the NYPD received a tip saying someone else is the shooter, we demanded the DA’s office provide prompt disclosure of the videos referenced in the complaint and more information on the tip.”

El Chapo’s lawyer Jeff Lichtman represented him at his 2018 federal trial in Brooklyn, N.Y. In 2019, El Chapo was found guilty of all the charges. It includes such crimes as joining in a continuing criminal business, conspiracy to launder money, worldwide distribution of cocaine, and weapons charges. A former mobster named John Gotti Jr. was also a client of Lichtman’s.

If Kay Flock’s charges are false, that would be great. Hearing about the killings of young men becomes tiresome. Will this madness ever end? We at FMHipHop are praying for Oscar Hernandez’s family during this trying time. Did you read our previous article on Kay Flock’s murder case that he is still fighting today? If not, please visit this retrospective article.