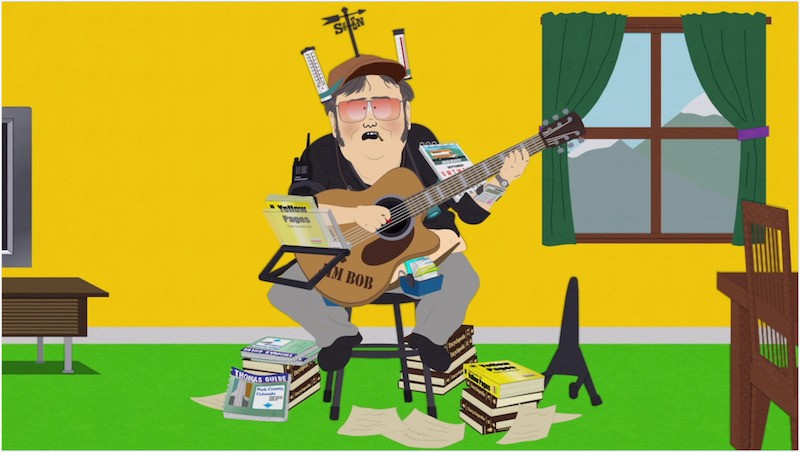 Kendrick Lamar and Dave East teamed up with the authors of “South Park” (Matt Stone and Trey Parker) to create a new comedy movie.

Kendrick Lamar took 4 years off from music and said what's the worst possible way I could spend my time https://t.co/0tHYIHGbXR

Paramount Pictures’ President & CEO, Brian Robbins, claimed that the corporate “look[s] forward to ushering in the first theatrical collaboration from these creative visionaries.” The company also hopes the new movie will help with “galvanizing audiences worldwide around a powerful storytelling experience.”

The author of the script is Vernon Chatman. Variety’s source claims that the “South Park” co-writer and four-time Emmy winner’s hand will “depict the past and present coming to a head.” The movie’s general summary is the main character’s story, surrounding a young Black man. His job is “interning as a slave re-enactor at a living history museum.” The plot twist occurs, once the hero “discovers that his white girlfriend’s ancestors once owned his.”

The crowd was quite surprised by the news on the upcoming movie plot. Many went on social media to share.

Kendrick Lamar is producing what??

HOW DO YOU EVEN FUCKING INTERN AS A SLAVE RE-ENACTOR, KENDRICK???

While the movie plot is an alluring one, the A-team production is sure to please. After all, Kendrick’s writing earned the Pulitzer Prize. In hindsight, South Park’s vexed comedy earned its creators the “open-source jihad” in 2010.

Kendrick Works With The “South Park” Team Instead Of Working On The Album?

While Kendrick Lamar is trying new mediums, his fans languish from waiting for the artist’s new album. Some music-related news came from the Hip-Hop legend in August.

Back then, Lamar created the oklama.com website to let the crowd know he’s parting ways with the TDE label and working on the new stuff. “As I produce my final TDE album, I feel joy to have been a part of such a cultural imprint after 17 years,” Lamar wrote. “May the Most High continue to use Top Dawg as a vessel for candid creators.”

“See you soon enough,” Kendrick wrote in the end. Or “oklama,” as the electronic letter signature claims.