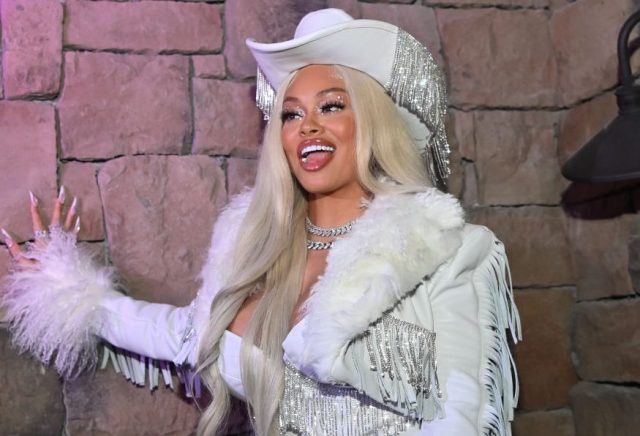 Source: Prince Williams / Getty
Prev2 of 2Next
Use your ← → (arrow) keys to browse

On Wednesday, July 13th, Latto took to Instagram and Twitter to share a teaser for her new single “Pu*sy.” Hot New Hip-Hop reports the visual begins with clips of the overturning of the Roe Vs. Wade protests. In the clip, many protesters are holding up signs fighting against the ban on abortion rights. She then raps, “How you ain’t got a pu*sy, but got opinions on pu*sy, thats pu*sy! My ovaries ain’t for you to bully!”  In the posts, she states, “My ovaries ain’t for you to bully!!!! P*SSY THIS FRIDAY 7/15!!!”

My ovaries ain’t for you to bully!!!!
P🌸SSY THIS FRIDAY 7/15!!! pic.twitter.com/jIlgIAIdyn

Although the 23-year-old rap artist received many compliments and praises for using her voice to address the serious situation, she also was hit with a lot of criticism. According to AceShowBiz, Latto was accused of using the national issue to promote her music. One user @crueIfantasy tweeted in response to the new track, “using serious issues to promote your song is wild…” Another user @jzyxr states, “the point is you’re using it to profit, a real woman would use their power to change something, not to chart on the bubbling under.” The accusations however, did not sit right with the “It’s Givin” rapper, so she clapped back to address the negative comments. Latto states that she is taking her frustration to the booth and that she is actually donating her proceeds.

Orrrr I took my frustrations to the booth like a RAPPER & using my platform to spread awareness https://t.co/O4RNiZ2ckv

I actually am donating proceeds.. Yall be the same ones saying “why u gotta post everything” if I do & assume I’m not doing it if I don’t post it lol however I AM using my power (platform) to make a change regardless shut yo fake woke ass up what are YOU doing??? https://t.co/GPd5cYC3vW

In other news, Latto has been recently featuring on many singles. Other than her rise from “Big Energy” which went #1, she put out her 777 album. She also worked with artists like Lakeyah on “Mind Yo Business” and Saucy Santana on “Booty.”