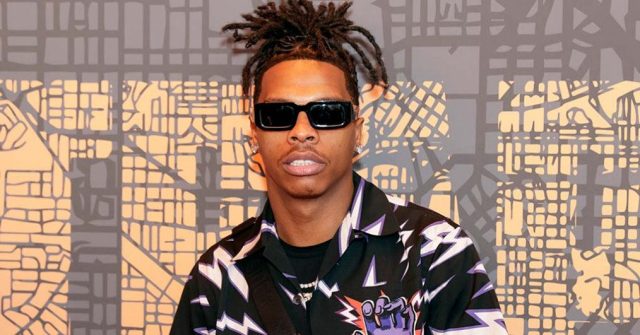 In the midst of an exciting 2022 for Lil Baby, the Atlanta native dropped his third studio album It’s Only Me on Friday. The 23-track project features some of the hottest names in rap, including Future, Nardo Wick and Young Thug. The album also contains his latest single “Heyy”, with the visual to follow.

The rapper teased fans throughout the summer with songs such as “In a Minute”, “Frozen”, and “Right On”. After releasing “Detox” in September, he unveiled concrete details about the album at the beginning of October, confirming the number of tracks as well as features.

On Monday, Young Thug playfully threatened Baby, saying that if that he “don’t drop in 3 days, we ain’t bruddas.” Thugger has been behind bars since May, awaiting trial for RICO charges.

It’s been a breakthrough year for Baby. The platinum selling artist recently concluded his “One of Them Ones” tour with Chris Brown. He also released his critically successful documentary Untrapped: The Story of Lil Baby. He even became the voice for the 2022 FIFA World Cup with “The World Is Yours To Take.”

“If even one person is inspired to think their life can change, or be close to what they dream of, then this documentary was worth making,” Baby said on the doc. “I just want to share my story in the hope that it helps others get to their own best story.”

The “Freestyle” rapper took another win when he won the Best Hip-Hop Award at the VMAs alongside Nicki Minaj for “Do We Have a Problem?”.

Earlier this week, Lil Baby was spotted in Atlanta shooting another video for one of the songs off of It’s Only Me. He also appeared on The Tonight Show to perform “Russian Roulette.”

You can stream It’s Only Me on Spotify or Apple Music.