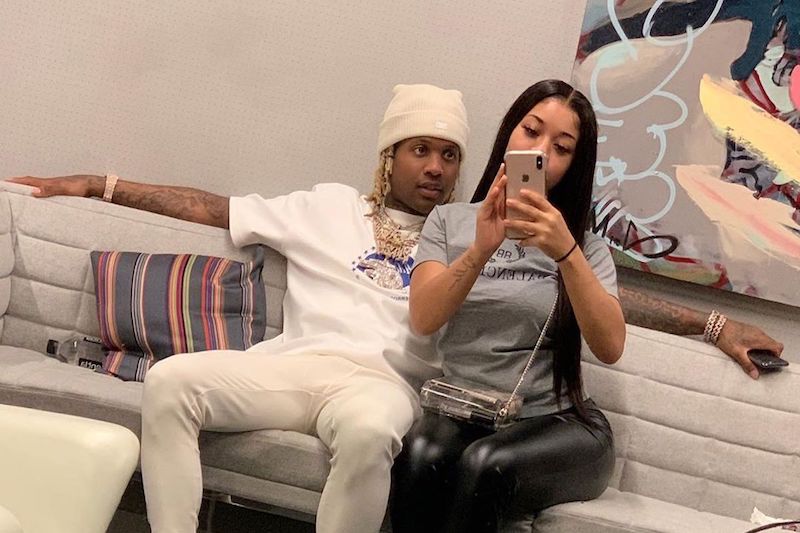 Fans speculate that rapper Lil Durk and his fiancee India Royale have called it quits. Royale has unfollowed Durk on Instagram and tweeted saying she’s a “free agent.” India also removed all pictures from her feed that included Durk.

Lil Durk went to post on his Instagram story shortly after implying that he and India are still together despite her tweet. “That [cat emoji] mines 4ever welcome to death row b*%ch,” Durk then posted on her story with only a hat emoji.

While it is unclear if the passage was about India, one can assume.

Lil Durk and India Royale started dating in 2017 and have a daughter together. The kid’s name is Willow; she was born in October 2018.

Last December, the rapper also proposed to India at one of his shows. “You’ve been the realest to me, and I love you to death. I’d smoke a muthafucka for you. So, do you want to be my wife?” Durk said on the stage.

India confidently responded with “yes” at the moment.

In March, Durk also spoke with the Million Dollaz Worth of Game podcast. The hosts, Gillie Da Kid and Wallo, asked the artist what inspired him to propose to India.

The Chicago rapper said that Royale’s low body count inspired him to propose. “Being real, not cheating, she ain’t been passed around. It was, like, her body count. That’s what really did it.”

He then added that that is who he is and does not want a wife who has been in many relationships.

Royale and her Durk took to Twitter to respond to the backlash made by his comments. “Idgaf what people think about my fiancé,” Royale tweeted out. “That’s why he mine, get you one.”

It’s not yet clear if the engagement has also reversed.