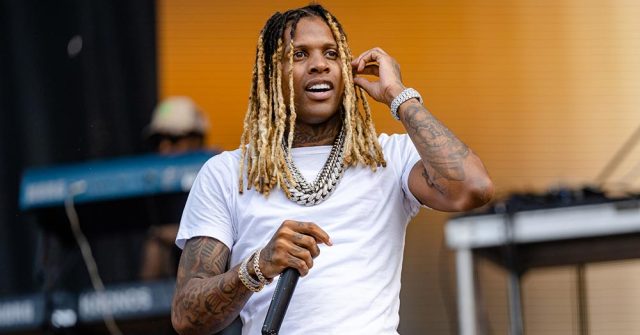 Lil Durk among many other artists took the stage at Chicago’s Lollapalooza. While the festival was a hit, Durk had a rough time finishing up his set due to an onstage explosion.

On Saturday, July 30, Lil Durk was rushed to the hospital after his Lollapalooza performance. According to HipHop DX, Durk suffered from a minor face injury as he accidentally walked into two onstage explosions. While performing, smoke effects burst out from the floor of the stage, hitting the rapper directly in the eye. Immediately the show was paused as he started walking backward while pulling up his shirt to wipe his eyes.

Lil Durk got hit in the face by a stage explosion during his set at Lollapalooza pic.twitter.com/GSTBWbW8Un

After the incident Lil Durk went on to finish his set, showing immense love for his fans. Taking to Instagram, yesterday, July 31st, the 7220 artist posted up in a hospital bed with his eye wrapped to update his fans that he will be taking a break in order to recover.

“Due to the incident that happened at Lollapalooza in Chicago on stage, I’ma take a break & focus on my health. I finished my performance yesterday for my fans. Appreciate y’all.”

Lil Durk is taking a break after getting hit in the face by an onstage smoke explosion pic.twitter.com/HhzbBxFsba

In other recent news, about a month ago FMHipHop reported the release of Cardi B’s Hot Sh*t collab featuring Lil Durk and Kanye West. Our source indicates that originally the song was going to arrive without a music video, however the trio never disappoints and we were lucky enough to get one. Lil Durk even stated the track may be “song of the year.”

As FMHipHop continues to wish Lil Durk a speedy recovery, the rapper also took to Instagram just days ago to announce his song, “What Happened To Virgil” featuring Gunna, hitting #1 on Urban Radio. As for Lollapalooza, the festival was a success with performances from Lil Baby, J Cole, Big Sean, Dua Lipa, Machine Gun Kelly and more.