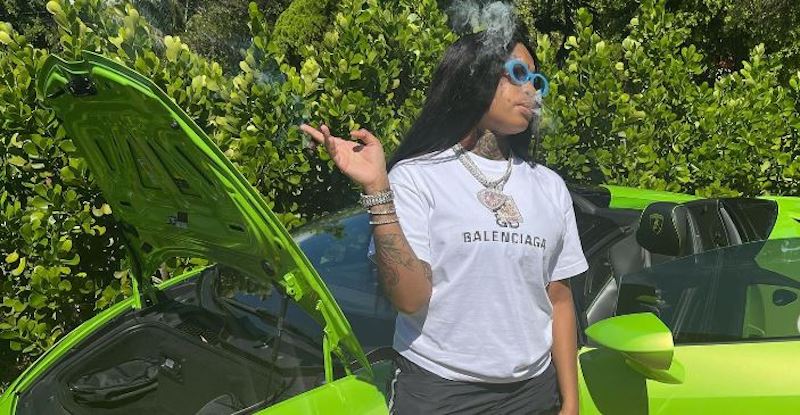 At around 2:30 AM Saturday night, a shootout occurred in west Houston involving a woman and two men. Unfortunately, The woman was struck and killed at the scene while in her SUV. That victim was later confirmed to be rising artist Lotta Cash Desto, rapper and associate of Lil Uzi Vert. The silver Porsche SUV also contained another unnamed woman, severely injured but expected to recover fully.

In addition, an unnamed man was found near the scene suffering from gunshot wounds and is currently receiving medical treatment. It’s unconfirmed if this man was involved in the shootout or just an unlucky bystander. However, the Houston Police Department has determined there was more than one gunman based on the position of bullet segments found in the SUV.

At this time, police are still investigating the crime, and more details are expected to roll in later. Fans and loved ones have taken to social media to express their condolences and grief following the senseless attack.

OMGG!!! NOT LOTTA CASH!! This is so sad. She was literally just getting started. Rest in Paradise Desto 💔

She was up next I know Uzi hurting he loved her 💔💔

Indeed, the rap community is experiencing a massive amount of recent violence. Many continue to note the awful trend, with yet another young artist falling victim to gun violence.

Lotta Cash Desto was known primarily for her music, which had just begun to gain some traction before her untimely passing. Her recent collaboration with Lil Uzi “Vegas” particularly attracted a new level of fame for the young MC. The comments under the Youtube video for the track reflect an audience who was excited to see Desto grow into a star. In addition to “Vegas,” her other collab with Uzi titled “Lunchroom” got an overwhelmingly positive reception.

Clearly, a rising talent was taken from the world far too quickly.