Even though Lil Wayne recently re-debuted his 2015 album, FWA, on all platforms, it seems like the Young Money phenomenon has more in store for his fans. During a sit down with Variety, Mr. Weezy F. Baby spoke about his Apple Music show, Young Money Radio, amongst other things like who he interviewed. “It means a lot to [me] to have such a platform, but the unique fact is how meaningful it can be for others,” he told Variety. “You never know who you’re reaching, so you reach for the stars and hope whoever you’re reaching can do the same.” 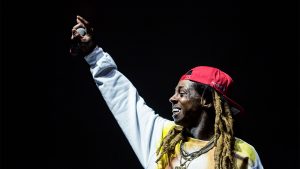 Elsewhere in the interview, Lil Wayne was asked which album in Tha Carter series is his favorite, to which he responded, “My favorite Carter album is the next one.” This upcoming project will be apart of his Tha Carters series. The fifth one dropped in 2018. He also released his thirteenth album, Funeral, back in January.