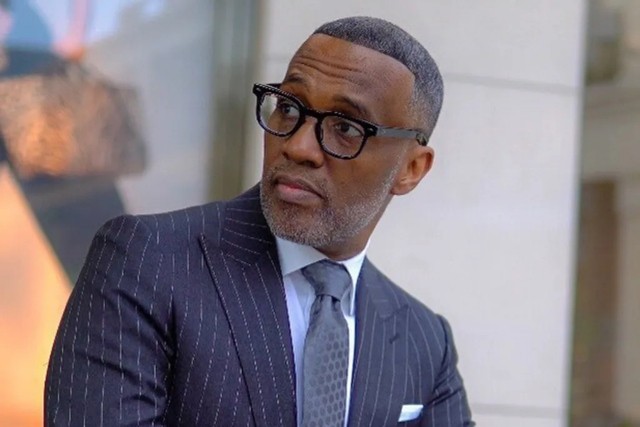 Kevin Samuels, well known for his controversial podcast “The Kevin Samuels Show” and even more controversial opinions, left this world in May of this year. The personality was 57 at the time of his passing. And his death was as shocking as his perspective.

Samuels’s death was initially classified as death by natural causes. And today, the released medical examiner report reveals it is believed the personality’s death was related to Hypertension.

Health professionals found Samuels unresponsive in his apartment on May 5th, 2022. According to sources, when law enforcement arrived on the scene, paramedics were administering CPR. Reportedly a woman in his company at the time is responsible for alerting the rescue personnel to Samuels’s condition. Black Enterprise Reports,

“Ortencia Alcantara is a nurse who told responding officers she met Samuels’ the night before his death and spent the evening with him.”

Alcantara contended that he made a complaint of having chest pains before the incident. And, despite her attempts to help, her efforts fell short.

Details on the Death

Today the coroner reports show there is now an established rationale behind the podcaster’s passing. According to TMZ, there were traces of a drug found in Samuels’s system, usually prescribed to hypertension sufferers, also known as high blood pressure. As many know, Hypertension is a condition that is an indicator of poor cardiac function. According to sources, the medical examiner’s report indicated Atenolol, considered a beta blocker, is the medication found in his system. Given the finding, Samuels’s death remains under the classification of natural causes.

Silent Killer in the Black Community

Sadly, Hypertension is a prominent issue in the Black community. According to the American Heart Association,

“About 55% of Black adults have high blood pressure, also known as hypertension or HBP.”

It is so pervasive and deadly it is known as the silent killer. Unfortunately, how healthy you may look is no indicator of underlying ailments. Samuels seemed relatively healthy, making his death even more of a shock to everyone, including his mother. Ms. Samuels’s statement about the sad way in which she discovered her son was no longer with us is one of the most horrifying parts of this tragedy. According to BET, Beverly Samuels-Burch said,

“That was a terrible thing for social media to put that out. I didn’t even know. I hadn’t even been notified.”

Despite how anyone may feel about the opinions the personality espoused, his presence will be missed. Opinions are a dime a dozen, but there will only be one Kevin Samuels. And to know he will no longer be around to stir up issues within the community is sad. But, one thing is sure he had people talking. And if one stirs the pot enough, something is bound to come of it. And with hopes, it is always for growth.