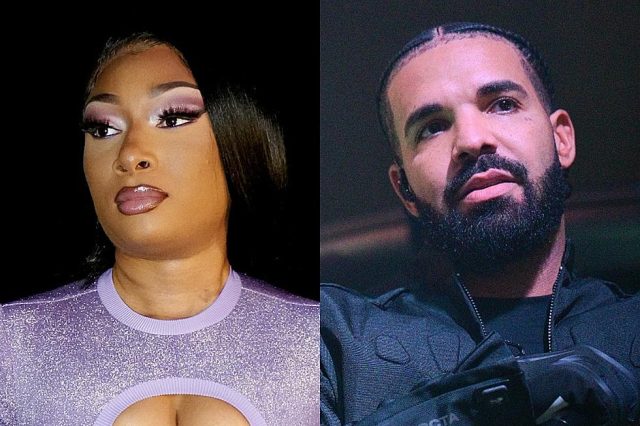 Megan Thee Stallion was quick to address Drake’s diss towards her from his new song “Circo Loco”. The song, from Drizzy’s joint album with 21 Savage Her Loss, contains a lyric suggesting Meg lied about the events surrounding her shooting by Tory Lanez.

“This b**ch lie ’bout getting shots, but she still a stallion/She don’t even get the joke/But she still smiling,” the 6 God rapped. However, Drake doesn’t mention Megan by name. In another line, he seemingly doubles-down on his commentary. “Shorty say she graduated, she ain’t learn enough/ Play your album, track one, ‘kay I heard enough,” he said.

Megan Thee Stallion would address Drake’s shade on Twitter early Friday morning. “Stop using my shooting for clout b**ch a** ni**as! Since when tf is it cool to joke abt women getting shot!,” she commented on Twitter. “You ni**as especially RAP N**AS ARE LAME! Ready to boycott bout shoes and clothes but dogpile on a black woman when she say one of y’all homeboys abused her.”

Though Meg didn’t address Drake by name, her tweets appear to be a reaction to the “Circo Loco” verse. A spokesperson for Drake had no comments on Thee Stallion’s statements. On the other hand, Megan’s attorney issued a statement.

“Despite the irrefutable evidence that Megan was a victim of gun violence, the ignorant continue to support her attacker,” the statement read. The court case between Megan and Tory Lanez is ongoing, with the trial set to begin November 28.

The situation between Megan Thee Stallion and Tory Lanez

Megan went into detail about the July 2020 incident in which Tory Lanez is alleged to have shot at her. In a June interview, she discussed the physical and emotional injuries she suffered and the recovery process she went through. The incident didn’t stop Thee Hot Girl from graduating from Texas Southern University in 2021.

During her April interview with CBS Mornings’ Gayle King, Meg affirmed that Lanez yelled, “Dance, b**ch!” as he opened fire around her feet. Lanez was charged with one felony count of assault and another count of carrying a loaded firearm in a vehicle. He has pleaded not guilty.