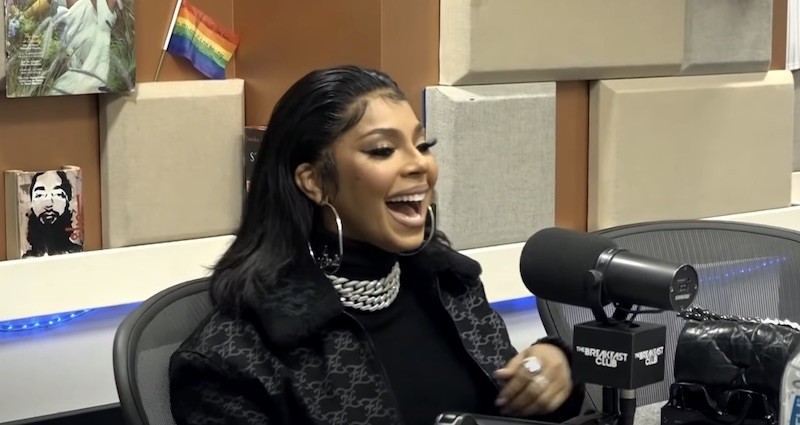 Ashanti made an appearance at “The Breakfast Club” this morning to discuss her legendary career and plans for the future.

Ashanti getting her coins

Over a decade in the game, eight billboard awards, and four top ten singles. It’s no surprise Ashanti can be classified as RnB royalty. The ‘Foolish’ singer visited Angela Yee and DJ Envy earlier today to delve into her extensive career and personal life.

After building anticipation for her star on the Hollywood Walk of Fame in April 2022, Ashanti explained why she’s re-recording her self-titled debut album. “So as an artist, when you’re in the game a certain amount of time, you pay your dues, and things are supposed to come back to you,” she said.

“With my album being 20 years old in April, it makes sense for me to re-record and get my coins.”

The “coins” Ashanti mentions come with legal ownership of her music, which she will officially gain come April. Re-recording is a common practice among artists such as JoJo and Prince. They signed to a record label at a relatively young age with little knowledge of how financially limiting, and legally binding music contracts are. All the residuals earned from streaming services go straight to the artist with re-recorded tracks.

DJ Envy also wondered why Gotti didn’t work with UMG to give Ashanti’s masters back to her. “There’s been an amazing foundation. We’ll always be linked musically; we’ve created history, broken records, all of that. So to me, it’s kinda senseless that it’s at this point.” She said disappointedly about the seemingly strained relationship with the Murder Inc founder. While she spoke positively on label-mate Ja Rule and maintained their friendship, Ashanti admitted that things between the iconic musical duo can be a bit awkward with him having a relationship with her and Irv.

“It’s about growing and maturing, and understanding ownership is important.”

Ashanti’s reach doesn’t end at music. She also has a knack for film, both behind and in front of the camera. She announced the recent release of the movie Honey Girls, in which she’s an executive producer and cast member. The movie can be streamed on Amazon Prime. In addition to that, she has a romantic comedy coming out at the top of the year starring Cedric the Entertainer and Vanessa Williams.

Who’s the lucky guy of Ashanti?

Ashanti was quick to dispel one rumor when speaking on her love life. “Ashanti is not with Flo Rida. Let that be clear!” She said adamantly. Despite the pair being recently vacationing together, she clarified that the Florida rapper is just a good friend.

Ashanti never announced her relationship status on social media or named any names. Her only widely known public relationship was with St. Louis rapper Nelly, who dated Ashanti for nine years. She explained to Yee and Envy privacy is key to her relationships and peace of mind.

“They’re at least 2 people super heavy in the industry, we dated, and we never posted.”

The interview touched on dating, music, mental health, movies, and stalkers. Regardless of some touchy questions, Ashanti laid it all out for the world to know. She has nothing to hide in this respected stage of her career and everything to be proud of.

Look out for her new children’s book with publishing house Harper and Collins for all the Ashanti fans out there. You can also expect an upcoming documentary on her decades-long journey through the music industry.

Watch the full interview below: