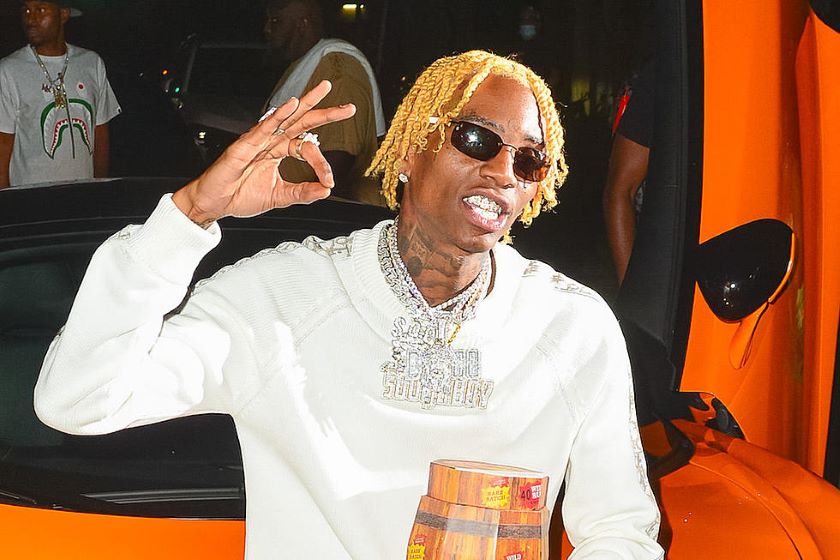 Soulja Boy says the new generation of rappers can’t be involved in street life and be a rapper simultaneously.

The 31-year-old musician gave those words of wisdom to rising hip-hop artists in an exclusive interview with HipHopDX. The interview was about Soulja’s new REVOLT series called, The Life Of Draco. However, he made it his duty to point his fellow rappers in the right direction.

The topic specifically arose when Soulja was asked who his favorite new rappers are.

“I got favorite new rappers, but they be getting locked up,” he said.

Currently, there are more than a few rappers in jail. This group includes newcomers and those who have been in the industry for a few short years. Familiar names include New York’s Sheff G, Florida’s YNW Melly, and Tennessee’s Pooh Shiesty. Needless to say, the new crop of rap artists have been having a hard time with the law.

“Free the young talent, man. We got to keep our new talent out the streets,” Soulja said. “Every time I find a new rapper, they getting locked up. So free the young rappers, man. I know it’s hard in the streets, but you can’t be in the streets and be a rapper at the same time. You got to separate it.”

The “She Make It Clap” rapper grew up in front of a public audience since he was 17 years old. Naturally, he has plenty of experience to back up his sentiments.

“To everybody that’s out there listening, man, if you want to be a rapper and take it seriously, you can’t have one foot in and one foot out, man,” he said. “You got to have both feet in, man. You know what I’m saying? A lot of people want to be in the streets and rap at the same time, which is what the people want because it’s our life story.

The 31-Year-Old Admits The Streets Are Addictive

Soulja concluded by saying that although it’s hard to stay out of the streets, one can’t be in it and expect to be successful in entertainment.

Big Draco’s new show Life Of Draco is scheduled to debut next Friday, Jan. 21. It has six episodes and shows Soulja as he continues to achieve new career goals.