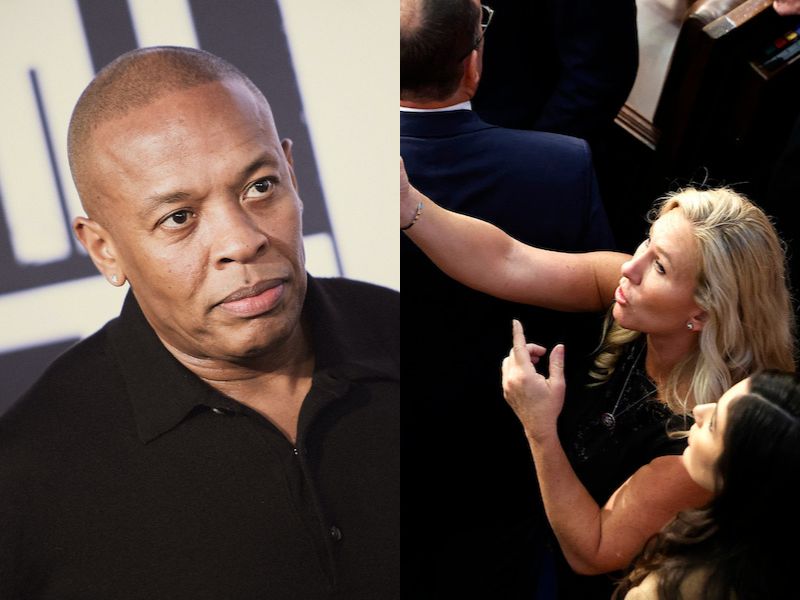 Representative Marjorie Taylor Greene used “Still D.R.E.” in a Twitter video as the attention-seeking GOP member walked to the House floor in the clip, and 1999 hit played in the background. The composition with no lyrics in the clip, just the instrumental version. Greene’s video took place during the 15th and final session of the vote for the House Speaker.

The clip also showed Greene making her infamous phone call to Former President Donald Trump, which is said to have helped GOP Rep. Kevin McCarthy gain the title of Speaker of the United States House of Representatives. Greene was a big supporter of McCarthy in his days-long vote to become Speaker of the House.

The Compton native said he does not license music to politicians, especially someone as divisive as Miss. Greene. His lawyer — Howard King — also sent a letter obtained by TMZ saying, “[Dr. Dre] has not, and will never grant you permission to broadcast or disseminate any of his music.”

King has set a deadline for the cease and desist. Greene must comply with the demands before January 11 by 5pm EST.

The Republican Representative even said she would have “won” the January 6 Capitol attack if she had planned it with Former White House Chief Strategist Steve Bannon.