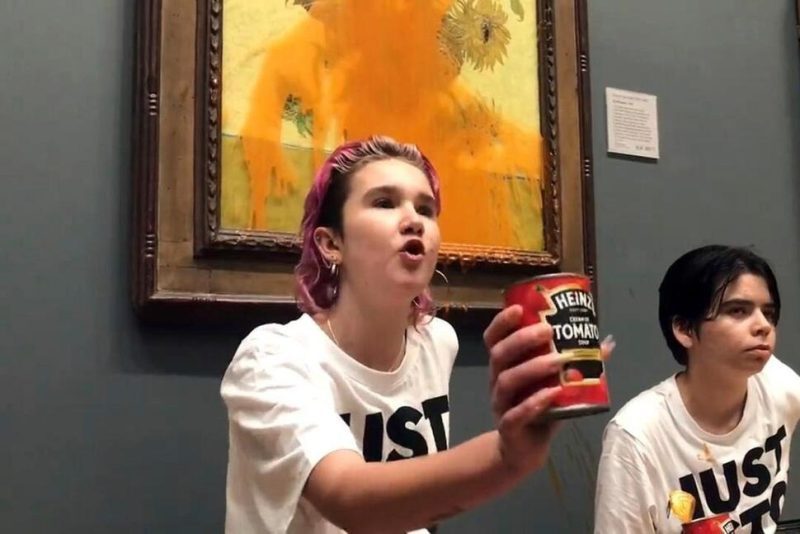 Upholding an environment-friendly attitude is an admirable and considerate practice. However, in some cases, causing damage to one’s property may not be the most appropriate response. On Friday, just after 11 a.m., two young climate activists entered The National Gallery in London and encountered one of Vincent van Gogh’s best-known paintings, “Sunflowers.” In response, they broke open two cans of Heinz tomato soup, threw them on the painting, and then glued their hands to the wall.

What Caused The Climate Activists To Act In Such A Manner?

An interesting aspect of this protest is that the climate activists of Just Stop Oil, a movement campaigning against fossil fuels, attempted to demonstrate a point (in an unusual manner) through their climate art stunt. Despite this, their goal appears to be to raise awareness about objects that are not as essential to our daily lives being prioritized.

In addition, this group demands that the British government prohibit the development of new oil and gas projects, which explains why they attacked the “Sunflowers” painting, mainly because it was created using oil.

The artwork is one of Van Gogh’s multiple versions of “Sunflowers,” dating from the late 1880s. 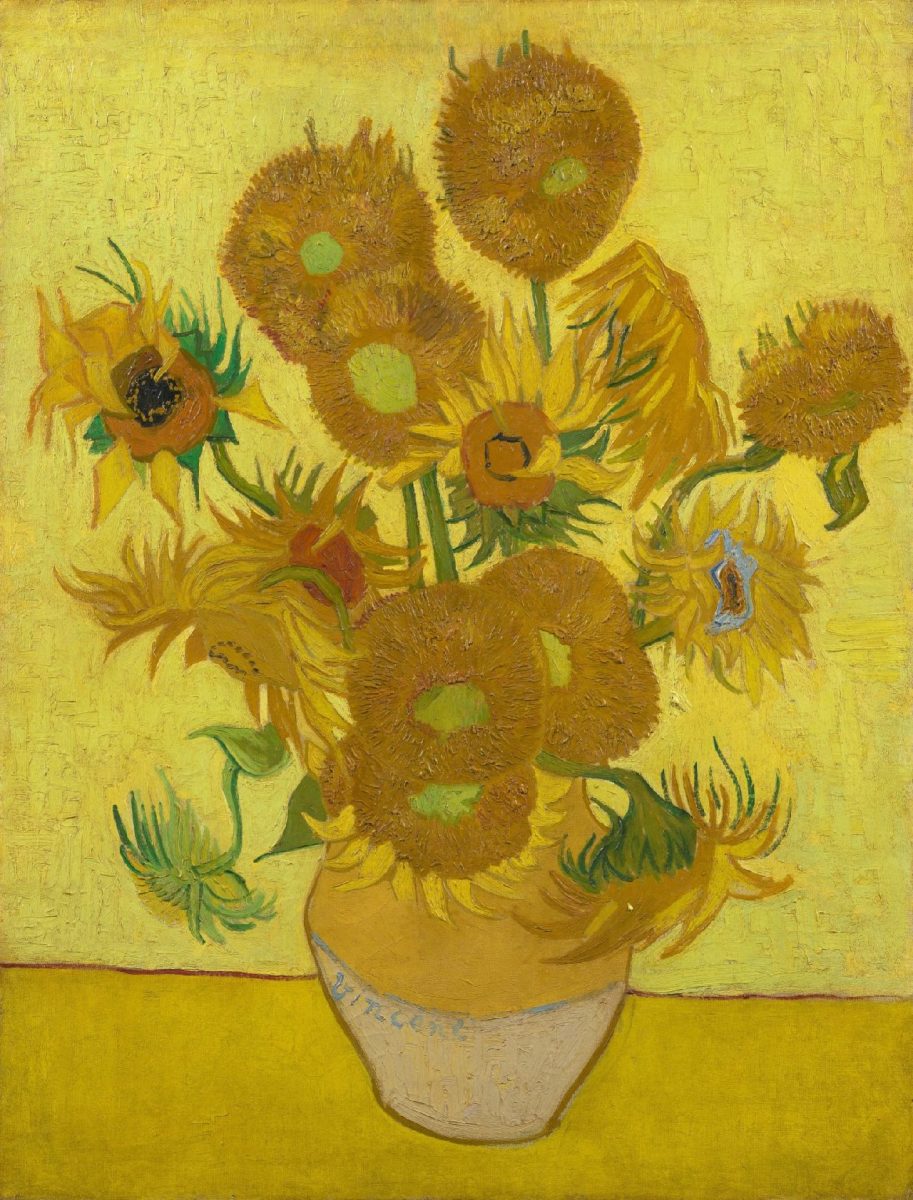 Furthermore, the soup splashed across the glass, covering the painting and its gilt frame. National Gallery officials stated, “there is some minor damage to the frame, but the painting is unharmed.” Fortunately, the painting was cleaned and returned to its original location on Friday afternoon.

As for the consequences, the Metropolitan Police tweeted that both protesters were arrested for aggravated trespassing and criminal property damage.

Officers were rapidly on scene at the National Gallery this morning after two Just Stop Oil protesters threw a substance over a painting and then glued themselves to a wall. Both have been arrested for criminal damage & aggravated trespass. Officers are now de-bonding them.

Achieving Their Goal Is What Climate Activists Are Committed To

However, the protest did not end at that point. Several members of the same group gathered at the police headquarters later in the day and painted yellow paint over the rotating “New Scotland Yard” sign. In addition, many people glued themselves to the road, obstructing traffic. According to the police, 24 individuals were arrested that day.

As long as the protesters’ purpose was not recognized and implemented, they would not give up.

In May, the Mona Lisa was smudged with cake by a man dressed as a woman in a wheelchair. His presentation aimed to encourage people to think about the environment. Another peculiar aspect of these rallies is the use of food as a protest tool. Does the use of edible materials have a purpose?

Furthermore, several years ago, members of the climate change organization Extinction Rebellion scaled the roof of a commuter train in London. As a result, commuters could not reach their workplace, and a physical altercation occurred between protesters and commuters.

There are circumstances in which people are expected to act on emotions. Hopefully, justice will be served to the protestors. Nevertheless, the course of action they propose should be presented differently to achieve a more positive outcome.