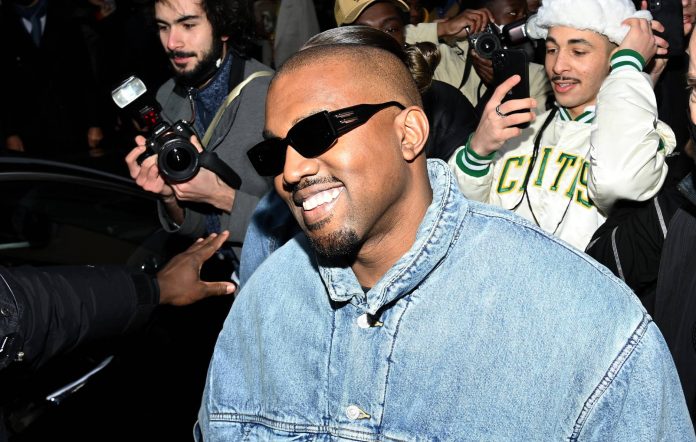 Kanye at the Kenzo Fall/Winter 2022/2023 show as part of Paris Fashion Week on January 23, 2022, in Paris, France. Image via Getty/Pascal Le Segretain

Known for his rants, constant public feuds, and ability to make himself heard, Kanye West has become a controversial figure. Aside from that however he is still one of America’s best rappers and also a successful clothing designer who’s been recognized for his fashion shows and unique style. Continuing that trend, West has announced his plans for his brand.

West is abbreviating YEEZY SEASON as YZY SZN from now onwards. The hip-hop star proposed Oct 3rd for his next show at the Paris Fashion Week. Exciting as it is, the star came up across a few issues. Following his tirade aimed at Gap on social media, Ye called on his fans, making them aware that he needed a little backup for his upcoming runway show. He wrote:

“Magically No production companies have been willing to produce my YZYSZN9 fashion show in Paris on October 3rd,”

Afterwards, he criticized the Chairman of Gap Bobby Martin mentioning:

“Funny that Bob Martin called me and said we are amicably ending our deal But I can’t do a fashion show but they can keep selling my product hmmmmm,”

There’s a number of reasons why he clashed with the company, first implicating that Gap stole his ideas and sold them separately, and promised the opening of stores which they didn’t followw. West was frustrated and in this line of thinking decided to end all his contracts.

Yeezy’s owner took on Instagram to address his on-going issues with brand marks like Addidas and Gap. He’s been expressing his views and thoughts and finally parted ways with both companies. The 45-year-old rapper said during an interview with Bloomberg that he will no longer collaborate with other companies as he wants to pursue fashion independently now onwards. Kanye went on to say:

“It’s time for me to go at it alone. It’s fine. I made the companies money. The companies made me money. We created ideas that will change apparel forever. Like the round jacket, the foam runner, the slides that have changed the shoe industry. Now it’s time for Ye to make the new industry. No more companies standing in between me and the audience.”

After the latter sent his termination letter, he got a reply that involved a list of restrictions which he posted on his Instagram. It read:

“Neither Yeezy nor Ye may use, wear, sponsor, promote market, advertise, encore, design, manufacture, license sell, or provide consulting services with respect to any of the following products under the Yeezy Trademarks or Ye’s likeness or any other identifiable attribute, feature or indica of Ye.”

“Welp I guess the war’s not over,” said Kanye afterwards.

Well, let’s wait and see what Addidas and Gap have to say about this.