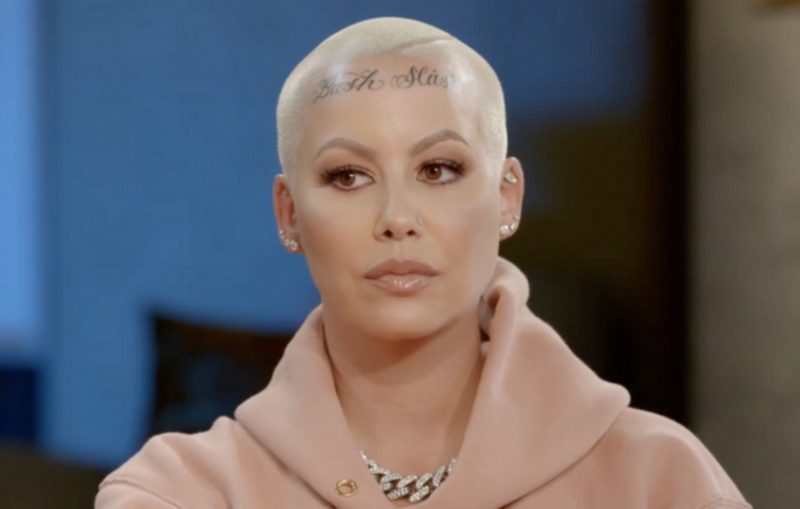 For some, the Kim Kardashian and Ye divorce might’ve been a surprise, but we can exclude Amber Rose from that group. According to the model-turned-rapper, she is not at all surprised their marriage ended on a sour note. In an interview with Raquel Harper, Rose said she never felt any ill will toward the couple. In fact, she says she focused on her happy marriage at the time to rapper Wiz Khalifa. Even after it ended, Ye’s ex said she harbored no bitterness toward Kim-Ye’s union.

“I have my own—I don’t want to say ‘feelings’ for him because that sounds like it’s a positive thing for Kanye — I have my own issues and feelings, how I feel about how our relationship was.”

This is a change of pace since Amber Rose and Ye’s last public feud In 2015-16. after the model criticized Tyga for dating 17-year-old Kylie Jenner, Kylie’s big sis, Khloé, stepped in. Then Ye added fuel when he insulted Amber in an interview. At the time, Amber shot back, claiming she wouldn’t air her ex’s business, then referring to Kim’s family as the “Kartrashians.” She has since expressed regret for the insult delivered via Twitter.

With Or Without Ye

Following the highly public split, Ye dated several people, including “Uncut Gems” actress and walking meme Julia Fox and model Irina Shayk. However, neither of these relationships lasted. Following the one-sided public beef between himself and various former friends, Ye appears to still be in love with Kim.

Kim Kardashian is doing just fine on the opposite end of the split. Now the socialite is dating comedian Pete Davidson, who also has a rather exciting dating life. Amber Rose has also seen her own success without the Chicago rapper. Regardless of Ye’s feelings for his ex, Amber Rose and Kim Kardashian both agree on something. Kim seems happy with Pete.