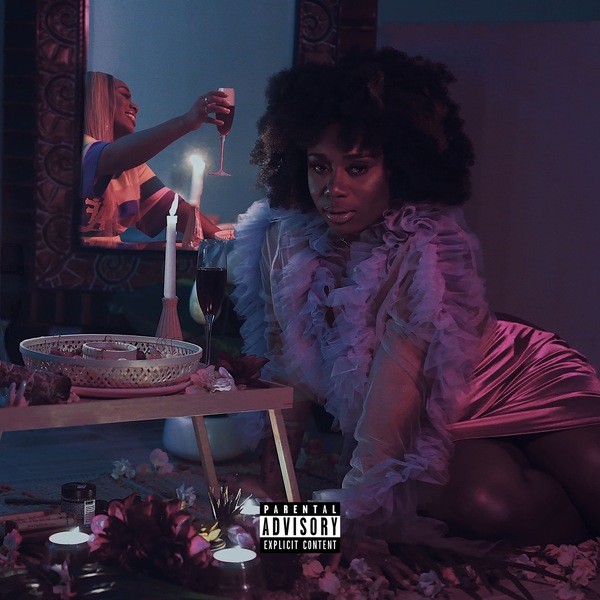 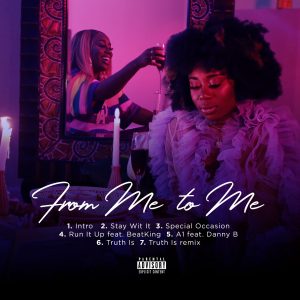 Listen: BriJolie – From Me To Me

Singing to the masses with full transparency, BriJolie is a brand and entertainer who dabbles in dance and other creative outlets. She’s outspoken, charismatic, intellectual, animated, and is undoubtedly full of personality. Sharing stages as a choir member of Kanye Wests‘ Sunday Service Choir and recording albums by his side, BriJolie has made a name for herself in the music industry as both a collaborator and solo artist.

Vocally, BriJolie possesses a range that’s both passionate and ethereal. Her lyrics explore the ups and downs that life and love bring, optimism, the benefits of working hard, self-doubt, and fear. She often expresses herself over R&B offerings with a hint of electro-pop or funk.

“I want people to see the real me. I try not to sugarcoat anything,” she said during our interview, “A lot of musicians can lose themselves in the hype.”

In life, BriJolie admires her mother because of who she is. Musically, she notes Cardi B as an influence, saying she’s moved by how the femcee has worked her way up. Her top singer’s list includes A-list vocalists like Beyonce, Ariana Grande, and Whitney Houston.

BriJolie was born in Dallas, Texas. At six-years-old, BriJolie was exposed to various hobbies but gravitated more towards singing and dancing, giving thanks to her mother for the support. “She embedded music in me. She saw it,” BriJolie adds. ‘I have sung in different capacities throughout my lifetime.” For years, she was a student of the Debbie Allen Dance Academy, where she trained under Ms. Allen in studies from Musical Theater to African Dance.

Fast forward, and BriJolie majored in Mass Communications in college. Amid attending classes and studying around the clock, BriJolie became a radio host. As time passed, BriJolie had a change of heart, career path wise. Still, she gained a moniker from her intern director (and Instagram account): BriJolie. “Music is my deep passion, so why not make it a career?” she replied.

BriJolie’s recent fifteen-minute project, From Me To Me, showcases her confidence as she speaks about her appreciation towards life and living it to the fullest. Likewise, the “Truth Is” songstress tells all about her work ethic and authenticity. Beat-wise, From Me To Me, pairs alternative R&B with house, funk, pop, and trap. Subsequently, it’s a music compilation that’s meant to uplift the mood and push self-love.

Sure tracks include “Stay Wit It,” “Special Occasion,” and “A1.”

“Stay Wit It” sees BriJolie being introspective about how far she’s come. The musician admits that sometimes it can be challenging to stay motivated but goes to say, “Giving up just ain’t in my nature/even when I’m down, I still say thank you.” Case in point, the song uses pep talk to encourage those who are losing hope to achieve their goals.

As she belts notes and taps into a velvety range, BriJolie assures that no matter the obstacle, that she’ll do anything to hurdle over it.

“Pain ain’t break me/Momma I promise it won’t break me,” she delivers.

Before “Stay Wit It” ends, she gets assistance from back vocalists with smooth registers. Sonically, the ambient-like R&B beat carries a warm guitar arpeggio, low hitting hi-hats, drums, and 808 slides.

MOOD😆 thank y’all so much for streaming, buying and downloading “FROM ME TO ME”! The support means the WORLD! As an indie artist, we go through a lot of different emotions but sometimes all we need are kind words and GENUINE SUPPORT. So a million times THANK YOU! Keep bumping FROM ME TO ME wherever you stream music! If you haven’t pressed play, stop playing and get to it!!!! DAY THREE AND WE STILL ON THE CHARTS! Link in my BIO🔥🔥🔥xoxo 💋 #BriJolie

“Special Occasion” is a feel-good song with a 90’s R&B musical styling. Additionally, it has hints of electro-pop meshed with a heavy bassline, a piano number, cymbals, muffled drums, and other funky arrangements. The lyrics at hand speak about enjoying the finer things in life because it’s too short. That includes being surrounded by good energy and doing as she pleases.

“Yeah, my vibe is real, and I can help you clear your mind/Baby life’s too short and we’re almost out of time,” she sings with a soft, soulful range.

Conclusively “everyday is a special occasion.”

“you gotta know how dope you are without validation, celebration or congratulations “

The penultimate song, “A1,” focuses on a man who’s head-over-heels for BriJolie. Refusing to settle for less, she speaks about knowing her worth and how she deserves nothing but the best. “Got you in your bag, say you love me/You ask me what I want, I say everything.” she delivers. Elsewhere, BriJolie tries to persuade her beau to take a chance on love, saying, let me change your life for the better. Cadence-wise, she raps and croons. One notable line also goes,

“Game recognizes good game, you know what I want, I take. Keep up with the moves I make. It’s only expensive taste.”

Her feature, Danny B, matches BriJolie’s energy and goes in about how his Mrs is “more than booty in jeans.” Deeper into his verse, Danny lists what he likes about his love interest. “You the type that can be wife/you got ambition and drive,” he spits. In the end, the rapper apologizes for not seeing her potential. But now she means the world to him. The duration of his part sees him using a bouncy and fast cadence.

“A1” is a warm R&B offering. Although the song has a slower tempo than the others, it uses an acoustic guitar and hi-hats.

y’all showed out on week one of FROM ME TO ME! Numbers are a huge thing for indie artists and From Me to Me was sitting at 50 on the iTunes charts and has received several thousand streams across platforms. 🤯 I’m humbled and grateful that y’all rock w my music. Reposting, sharing and streaming are key to making it without a big label/team backing you! And you’re not only helping me but helping all the collaborators that helped me bring the project to life💞 love y’all fr! FROM ME TO ME streaming EVERYWHERE!

Listen to From Me To Me by BriJolie below: