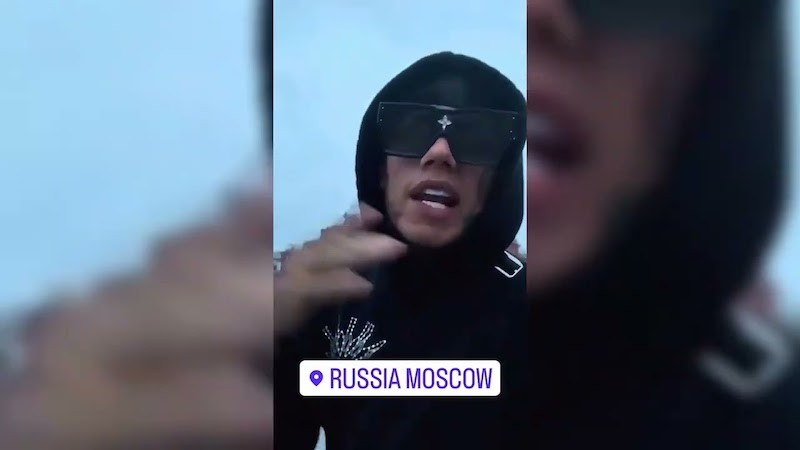 6ix9ine has added yet another person to his extremely long list of enemies, and this time the target isn’t even a rapper.

Brittney Griner’s dire legal situation in Russia has been highly publicized but not yet resolved. The WNBA star went under arrest in February after Moscow’s Sheremetyevo International Airport officials found vape cartridges in her bag. Since then, it’s been a tug of war between American and Russian governmental bodies to get Griner back home to her family. Although Congress has continued to fight for her release, Russian police aren’t letting up either. Her detainment was extended in March and again in May, then a third time in June despite several offers of a prisoner trade. After subsequently pleading guilty to smuggling drugs during her trial, she was sentenced to nine years in prison.

Of course, this isn’t the end of Brittney’s story. President Joe Biden has gone on the record calling the verdict “unacceptable,” and her lawyer has confirmed plans to appeal. But for now, Griner remains in a Russian prison with no clear end in sight.

This ordeal garnered massive support for Griner from her teammates and Americans collectively. Many pointed out the timing of her arrest with Russia’s invasion of Ukraine that put the large nation at odds with the U.S. The two events occurred only seven days apart after all.

One person who apparently isn’t offering any sympathy is the New York City scandalous rapper. 6ix9ine traveled to Russia this weekend despite warnings from government officials to steer clear. Since his debut in the public eye, trouble seems to follow 6ix9ine, and this was no exception. He posted a short video on Instagram that has people scratching their heads.

“Yo yo, you know we out here….sh** is crazy,” the ‘GOOBA’ rapper said while standing in a town square. “F*** Brittney Griner,” 6ix9ine stated before the video suddenly cut off.

6ix9ine is notorious for his outspoken nature and tendency to attack others via social media. He recently mocked PnB Rock on his Instagram story following the artist’s tragic death at an LA restaurant. Before then, he went after King Von shortly after the Chicago artist lost his life in a violent shooting.

Clearly, 6ix9ine has no interest in repairing his damaged reputation in the music industry. Already, celebs have condemned the “FEFE” artist for his words against Brittney Griner.

“We can trade him for Brittney, no prob,” the “Real Housewives of Potomac” star Candiace Dillard typed.

“I hope they lock his ass up for LIFE Imao,” model Bria Myles added.

It’s evident that 6ix9ine is leaning into a villain role, but how far is too far? And what happens if he finally crosses that line?

6ix9ine’s trip to Russia comes at a particularly strange time. President of Russia Vladimir Putin recently announced a draft for the ongoing war against Ukraine. Across the country, fathers, husbands, and sons have received a notice to pack their things and travel to the nearest draft center.

Previously, Russian defense minister Sergei Shoigu stated only 300,000 men would go to the war. Now, citizens realize the government will push far more conscripts onto the battlefield. In just 24 hours, over 3,000 notices were handed out in the small republic of Buryatia alone.

For 6ix9ine, Russia is just a backdrop for a cruel joke. But for native men, young and old, it’s a place to escape from.