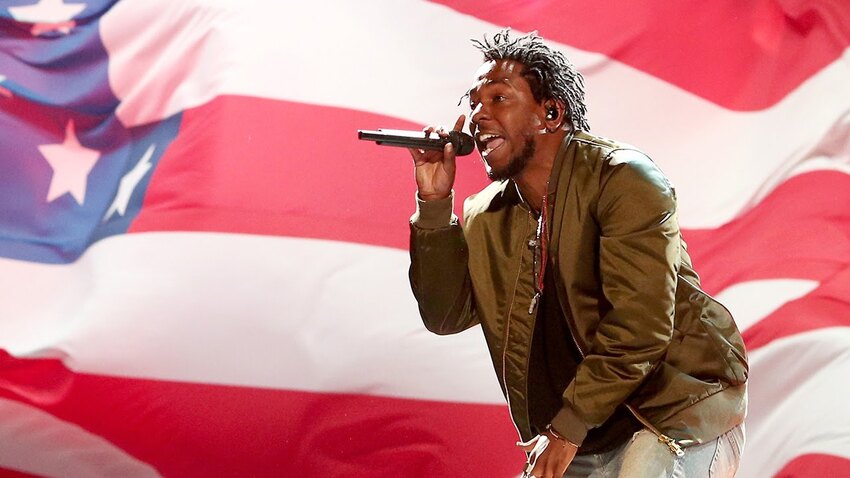 Kendrick Lamar’s “Alright” is one of the most iconic tracks on the rapper’s 2015 album “To Pimp A Butterfly.” The Grammy-award-winning song conveys that regardless of socioeconomic struggles, black people will collectively persevere. The song has become an anthem of hope since its inception. So it’s surprising to hear music producer Sounwave admit the song almost didn’t make the cut.

The reveal came about on Spotify podcast, The Big Hit Show. The Black Panther soundtrack producer explained that an executive from Sony played him a jaw-dropping beat made by Pharrell Williams.

“It was literally just the 808s and the keys, and Pharrell had the melody of ‘we gon’ be alright.’ And I was like, ‘Bro, what is this? Oh my goodness, I’m freaking out.’” said Sounwave.

He called Kendrick over to listen, and he reportedly fell in love with the beat as soon as he heard it. However, even though he liked the track, he didn’t think the song was musically cohesive with the rest of the album. Sounwave, determined to make it work, stepped in and added drums. They also worked with saxophonist Terrace Martin to add to the song. Thus, a classic was born.

“To Pimp A Butterfly” is known as one of the most prolific hip-hop albums of all time. It sold 340,000 albums its first week and ranked as Billboard’s 16th most popular album of 2015. It racked up over 9 million Spotify streams on its first day out. Furthermore, it marked the Pulitzer Prize-winning rapper’s first No. 1 album in the UK. Last month, The Big Hit Show announced a five-part series dissecting the album. The series debuted on Feb. 16 with funk pioneer George Clinton and Rapsody as guest speakers.

As of now, the video for “Alright” has over 151 million views and over 340 million streams on Spotify. It scored Kendrick four Grammy nominations, of which he won two. The song won two BET Hip-Hop Awards in 2015, where he also performed the piece against the backdrop of a tattered American flag. The song has forever been cemented as an anthem for black justice and resolve.