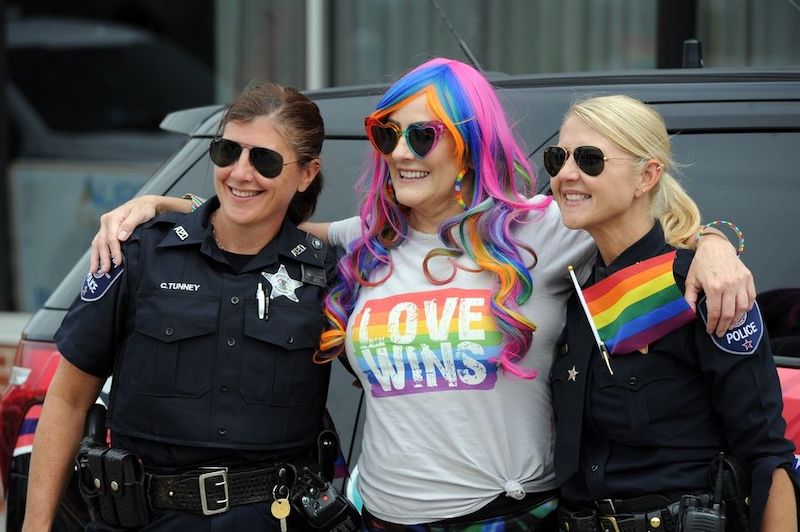 Yesterday, Aurora Pride canceled the annual parade in Illinois planned for this Sunday. Aurora planned this to be the third yearly pride parade after COVID-19 canceled the 2020 and 2021 parades. This follows the news that there is not enough police security to properly monitor the event. Aurora Pride planned the parade for this Sunday, June 12th, but the city revoked its event permit on Wednesday afternoon.

Aurora Pride states the city informed them they had until 12 PM on Wednesday to find the requisite officers. With the police understaffed, they searched other jurisdictions for the staff. However, unable to find the necessary officials, they lost their Special Events license.

Much of this issue stems from the parade’s ban on police marching in uniform. Two weeks ago, the organization announced they would not allow any service weapons, police uniforms, or official vehicles in the parade. They cited distrust between the police and the LGBTQ+ community as the policy change. However, they maintained that the policy was to create “the most welcoming environment possible” for all involved. Aurora Pride did encourage law enforcement officers participating in the parade still to identify themselves with t-shirts, flags, or a “soft uniform.”

The police force expressed their displeasure with the change, as they could wear uniforms both in the 2018 and 2019 parades. The mayor of Aurora also withdrew his participation in the parade. He voiced support for those affected in the police department. He attempted to flee the city float from the parade, as well.

Aurora Pride is still committed to making the event happen, still searching for the personnel necessary. Their statement reads: “We’re not giving up. Our position has been misrepresented, and we’re making every effort to keep the parade as scheduled. Thank you for your steadfast support, and please hang tight.”