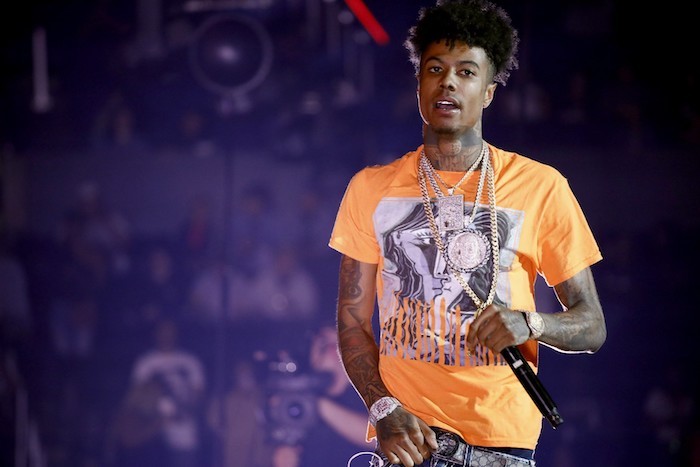 Blueface has two new warrants on his head. Photo by Ser Baffo for Getty Images/BET.

Blueface has a warrant out for his arrest after things got physical with a bouncer last September. Blueface and his gang allegedly attacked the victim at Skinny’s Lounge nightclub in L.A.’s San Fernando Valley.

Law enforcement reported that 2 felony warrants, one for robbery and one for assault, have been issued for the Thotiana rapper and 2 other male accomplices. Reportedly, one of Blueface’s associates also snatched a chain off the victim, prompting the robbery charge. Skinny’s Lounge security cameras captured the entire brutal assault allegedly carried out by Blueface and co.

Video captured by TMZ appears to show the rapper, alongside 3 accomplices, attacking the bouncer in a curtained-off area. After kicking, punching, and shoving him to the ground, what looks to be Blueface and his gang re-enters the club. Finally, a group of girls who had been filming the incident stepped in to break it up.

Allegedly, a refusal of entry sparked the attack. The rapper and his crew were reportedly unable to present proper ID, leading the bouncer to turn them away. However, Blueface contested the story, addressing the allegations to Hollywood Unlocked in September. The rapper claimed the bouncer actually incited the attack after using a racial slur.

“He had a little racial slur, like, ‘Cause you think you’re a famous little n-word you think you can do this and do that,”  Blueface said in the interview. “I’m like, ‘Damn, you went right there with it.’ I wasn’t even tripping on him, honestly… We’re not trying to do him how we did him.”

An ambulance transported the bouncer to the hospital, where he received stitches. Police also reportedly filed a battery report at that time. Photos also obtained by TMZ showed the extent of his battered condition. 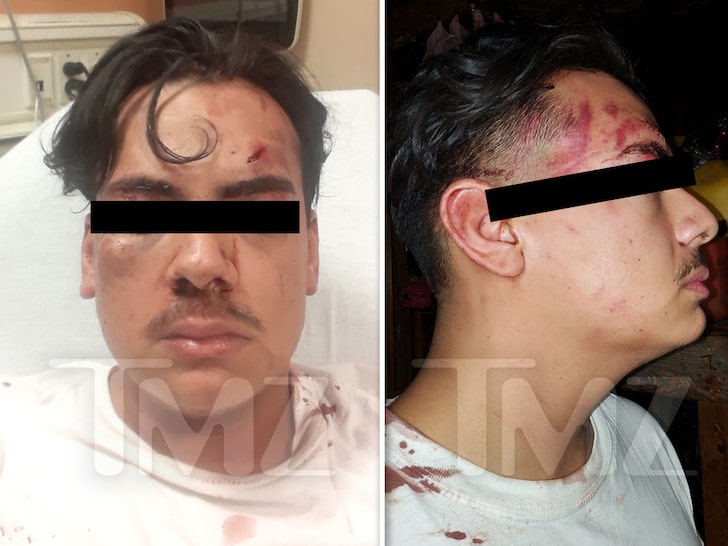 Troubles with the Law

Recently, Blueface has seen his fair share of trouble on both sides of the law. In addition to the new warrants, Blueface’s mother and stepfather were allegedly attacked in a violent home invasion in late October. Police reportedly theorized that the rapper himself was the intended target.

There remains uncertainty on whether or not Blueface and his crew will turn themselves in. If not, authorities will seek out their arrest, and they could face hard time.