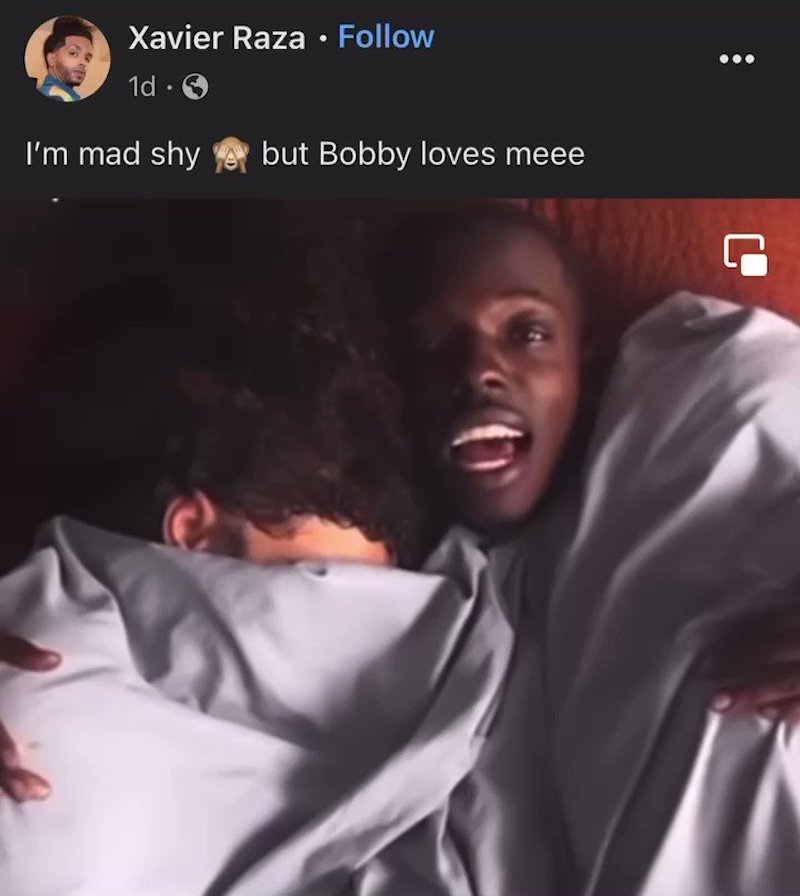 Bobby Shmurda's alleged acquaintance's social media post, where they claim to lay in bed with the artist.

Bobby Shmurda is making his rounds on social media but unfortunately, not for his music or dance moves. The fun-loving Bobby Shmurda dance curator is now rumored to be a lover of other men. Fans don’t seem to care, but Shmurda still felt the need to address the rumors.

In response to the chaos, Bobby swooped in with a little post-and-delete. “Im really that scary,” he shared with several laughing emojis. “Ay they trying to f*** up my tour cuz I’m not with them anymore and I’m taking they artist on tour.” See the complete statement in the Instagram post below.

After a 7-year stint in prison, we are all glad to see Bobby home. However, the rapper is under public scrutiny after he posted a video lying in bed with two people who, at first glance, seemed to be two women. What was a fun, comical Shmurda moment has now perhaps unveiled a secret no one saw coming.

A man named Xavier Raza claimed he was indeed one of the people in Bobby’s video. You can only see the forehead and hair of the individual, but the internet investigators imply the hairlines do match. In any case, it’s all here to see.

The now-deleted comment doesn’t seem to give the world any answers. Shmurda didn’t really give fans the answer they were seeking; was it a man or not? Instead, it opened the door to interpretation, a clear indication of pleading the fifth.

Since the “Bodboy” album rapper hasn’t made a clear statement, social media has cleared the matter by themselves. Whether expressing disregard for any “gay” activity to letting it be widely known Bobby Shmurda has been down for other men, social media left nothing unsaid.

Alright, some of y’all are basically saying (Bobby Shmurda) was in jail, so that’s why he’s (seemingly) being intimate with men now, and let’s be clear…

Jail [IS NOT] what makes someone gay.

Let’s understand before y’all start having discourse around sexuality.

The black community loves Bobby Shmurda so much that If he came out as gay, literally nobody would care. Bobby is free, let the nigga live. https://t.co/cRpXfz3kbj

Shmurda, One Of A Kind

Bobby Shmurda may have one of the most loyal fan bases. It’s been “Free Shmurda” since he was arrested. Since his release, he’s been having the time of his life. While we have no album yet, Shmurda has clarified that he will not be adding “drill rapper” to his description. Nor will he be producing drill music. “I’m not drill music; I’m Shmurda music,” the artist explained.