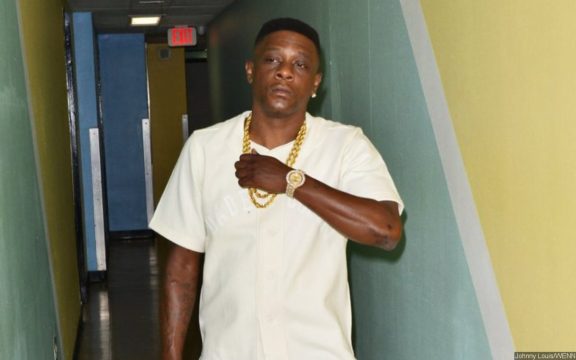 Boosie Badazz claims the reason that he was pulled over and handcuffed by the police is because he is famous. The cops in Georgia, where the incident took place, claim this is false. Badazz was riding shotgun in a black Cadillac SUV when police pulled the car over. The reason cops pulled the rapper over was because the car had heavy window tint and concealed tags. During the traffic stop, however, the cops handcuffed Badazz and this sent the rapper off on a huge rant about cops. In the rant, Boosie Badazz talks about how he is being targeted by the cops for his celebrity status. TMZ obtained the entire rant video and was told that the cops were intending to search the car. You can watch the entire video below.

The Outcome of Boosie Badazz Dealing With Cops & Fame

Obviously, this is not the first time that a celebrity has made such accusations. In this case, the police officers claimed to smell marijuana and put the cuffs on the rapper for police protection. According to Fairburn Police Department Deputy Chief Anthony Bazydlo, it is common for cops to use handcuffs when searching a car. Bazydlo says that Badazz’s claims are false and his celebrity status or past criminal history had nothing to do with the stop. The cop’s main reason for the stop was for the temporary license plate. Additionally, the license plate was obstructed and could not be checked. The cop’s search turned up a large bag of cash and a bag of weed. The driver of the Cadillac SUV, De’Shun Lawrence claimed ownership of the pot. Lawrence was cited and Badazz was released.

This is not the first time that TMZ has caught up to Badazz. Recently they also got footage of him getting in the face of a man outside a hotel. This incident was completely different from this as Badazz was defending a hotel employee who was being berated by the man.