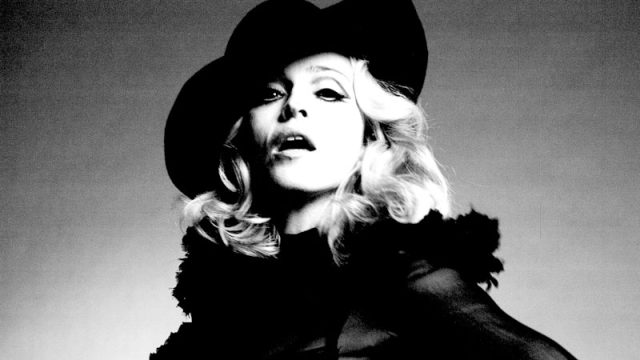 This past weekend marked the 30-year anniversary of Madonna’s highly controversial 1992 ‘S.E.X’ book that shook up the world.

Apparently, it’s still stirring up drama to this day.

“30 years ago I published a book called ‘S.E.X.’ In addition to photos of me naked there were photos of Men kissing Men, Woman kissing Woman and Me kissing everyone,” Madonna typed up on her Instagram story on Saturday. “l also wrote about my sexual fantasies and shared my point of view about sexuality in an ironic way.”

She then continued to detail the wave of criticism the book brought onto her career, and how pop stars of today have her to thank. “I spent the next few years being interviewed by narrow minded people who tried to shame me for empowering myself as a Woman. I was called a whore, a witch a heretic and the devil.” She explained.

“Now Cardi B can sing about her WAP. Kim Kardashian can grace the cover of any magazine with her naked ass and Miley Cyrus can come in like a wrecking ball.” She finished the message with a coy “you’re welcome bitches” followed by a clown emoji. It was this last bit that raised Bronx star Cardi B’s eyebrow. Early Sunday morning Cardi hopped on Twitter to air out her grievances regarding the insta post. In a set of now-deleted tweets, the ‘Bodak Yellow’ rapper seems disappointed by the tone of Madonna’s post.

“I literally [paid] this woman homage so many times cause I grew up listening to her… she can make her point without putting clown emojis and getting slick out the mouth,” she typed. Accompanying the tweet was a screengrab of Cardi complimenting the 64-year-old in a 2018 article. “These icons really become disappointments once u make it in the industry that’s why I keep to myself.”

Of course, one of the biggest women working in music today and a pop legend butting heads caught everyone’s attention. The reactions seemed highly mixed. Some agreed with Madonnas’ post, calling Cardi over-sensitive and reactionary for her response. Meanwhile, many took Cardi’s side, citing black icons like Tina Turner and Donna Summer as the inspiration for current female rappers.

I do agree with her and think it’s sad she needs to say it because people forget. Madonna really reshaped the entertainment industry and did a lot for the women movement and moving women forward and to new heights. An icon that unfortunately can’t take being forgotten.

how donna summer managed to stay humble while new girlies took credit for everything she did will never not amaze me https://t.co/P9REtvWorO

Some of you claim to like pop music yet don’t understand her impact and disrespect a legend like Madonna. She made pop music as it exists today, from the music videos to the performances.

Our faves wouldn’t be nothing without her.

Before things could get out of hand, the two ladies made up with some help from Jason lee. The Hollywood unlocked reporter tweeted that he was “listening to both women share their perspective on the communication going on has broadened their love for each other.”

Cardi and Madonna then subsequently returned to Twitter to announce things had been smoothed over. “I talked to Madonna …It was beautiful …Have a great day and drive safely yallll,” cardi posted. Madonna then added her own sweet message. “I love you @iamcardib!! Always have and always will.”

I talked to Madonna …It was beautiful 🥲….Have a great day and drive safely yallll😘

I love you @iamcardib !! ♥️
Always have and always will.

This most recent misunderstanding comes only weeks after the New Yorker got into a spat with JT of The City Girls. Luckily this situation ended for more peacefully, with neither woman referring to the other as a “lapdog” this time around.