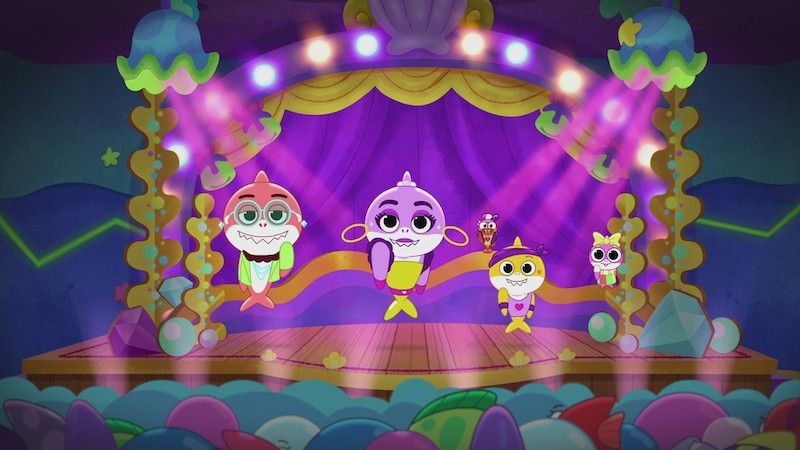 Money is a no-brainer for Cardi B. With the court’s help, she’s now legally extorting $4M from Tasha K for “defamation.”

At the same time, the co-author of revolutionary “WAP” is participating in Nickelodeon projects. “Baby Shark’s Big Show” features the whole Cardi family. Offset and Kulture, the couple’s daughter, happily joined the singer.

Everything’s great, just one problem (apart from the entire project reminding of KFC Cheetos Sandwich, with just how preposterous it is. “Offshark,” seriously?).

“Inmates at a jail in Oklahoma [faced] cruel and inhumane punishment,” NBC news informed us in Nov 2021. “Forced into stress positions while listening to “Baby Shark” on repeat for hours.”

“Guantanamo Mixtape” came out many years ago, and “enhanced interrogation” (torture) with music is nothing new. However, back in the good old days, such methods would only be applied while questioning Islamic terrorists outside the U.S. soil. But you know, “first they came for the communists…”

Since the investigation started, Hendershott retired, while Miles and Butler resigned. No further action has been taken against the defendants.

“It was unfortunate that I could not find a felony statute to fit this fact scenario,” Oklahoma Country District Attorney shared with The Oklahoman.

Interesting. Oklahoma seems to have no felony laws for protecting inmates from torturing while offering such for animals. Remember kids: pepper-spraying an aggressive dog can get you a severe conviction. Forcing prisoners to stay still for hours and listen to “Baby Shark” is a slap-on-the-wrist case.

It’s also unclear whether Cardi’s family is aware of “Baby Shark’s” controversial background. However, it would be probably wise to check in the future. You know, make sure, so you don’t run into such awkward situations again.

Unless, of course, you have no problem with participating in the cartoon based on a torture-used song,