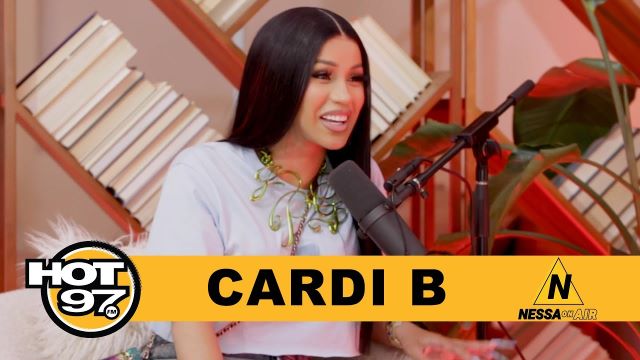 Today Cardi sat down with Hot 97 to give a wide-angle view of her life and current projects, and it’s not morsels; it’s a whole meal.

From the drop, it was evident that Cardi was open. She was laid back, poised, and ready to let the world in. She spoke openly for an hour about various parts of her passion and struggles. From Summer Jam to parenting, and she told it straight.

During the interview, Cardi’s Sophomore album was at the top of the list. So, when asked about the album, the artist made it clear she had every intention of releasing her sophomore album in 2020. However, circumstances and environmental situations became significant players. So, the decision to hold off was a strategic one and one she made with her gut. Interestingly, the artist gave her songs what one would call a facelift.

“I changed my mind and all the songs that I have, I need to record something different.” (13:53)

This is typical of Cardi, the professional and perfectionist, and frankly, it’s understandable. When you want the best, you do everything to put out the best. However, one thing she admits is the pressure is intense. And the next time, she will not wait as long between releases to reduce the tension. 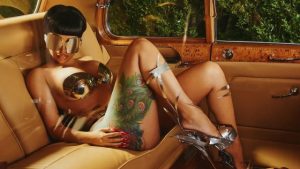 Her new single “Hot S**t” was another topic of discussion. In a pointed question, Cardi addressed the importance of the timing of the song’s release. Like many artists, Cardi mentions how the song has been sitting in her catalog for some time. While it was newish, it wasn’t exactly fresh. In her words,

Those good with math know this was something she created during the same time as the creative outflow of hot single W.A.P. But according to the hitmaker, there was a particular something, a lyrical shine she needed on it before the project could come to fulfillment. She found the polish in lyricists Ye and Lil’ Durk. While she had Ye’s verse first, she felt it needed a little something extra.

Lil Durk was the closer of who she spoke highly.

The Intent Behind the Drop

The artist was upfront about the intent. She has no intention of “Hot S**T” being a viral tick-tock number like W.A.P. In fact, this was far from her plan for W.A.P. Furthermore; for those who still have something to say, Tick Tock did not make her.

And she meant that.

As a special note, a video for “Hot Ish” is on the way, but things are still being worked out. And Cardi reveals there is something a little different about this video. Let’s say CGI.

The conversation soon segued to other artists Cardi had an interest in hopping in the studio with. Lil Kim became the topic of discussion. The artist spoke highly of Kim and her desire to do a project with the O.G. performer. However, there is nothing in stone yet. And as she expresses, she’s waiting for the right project and moment.

The interview wasn’t all about her musical prowess. Instead, Cardi talked about style, family, ideals, and other projects. As a fashionista and trendsetter, she was a little less vocal on trend predictions. The hip-hop star, however, was more than expressive about her style. Cardi defines her signature as a mix and match. The performer likes things a little laid back with a twist of something upscale. As she smoothly expresses, she loves a nice pair of sweatpants from Target paired with some Margiela boots.

Cardi’s interview reveals she is more than an artist; she is a strategist with an entrepreneurial spirit, and this has always been her identity. Her ambition underlines her success in everything from the strip club to the red carpet. Life has always been a hustle. She says that even in the strip club, one could make from zero to tens of thousands. So, essentially it’s all about the hustle.

But for her, as firmly expressed, it’s about being part of something great. So, there is nothing she does that this isn’t the first thought. As many know, Cardi also partners with Playboy. Lightheartedly, she refers to herself as the Diana Windsor of the organization. Nevertheless, there is still more on the horizon. In fact, she mentions a special something she and Offset have in the works. However, she’s keeping those cards close right now. 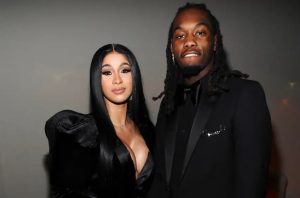 Cardi relishes in all that she’s become and what she is doing. She loves her family, and her passion for her husband is blatant. Yet, despite all the super performer does, parenting still is one of the most challenging jobs. But it’s all part of the package, and she loves it.

One thing is sure; Cardi doesn’t neglect to keep it one hundred. Sometimes, people forget she’s that girl. And although she doesn’t need to, she sends them a little reminder of exactly who she is and what she’s done. Because summarily, what you see is what you get. She’s simply Cardi take it or leave it.