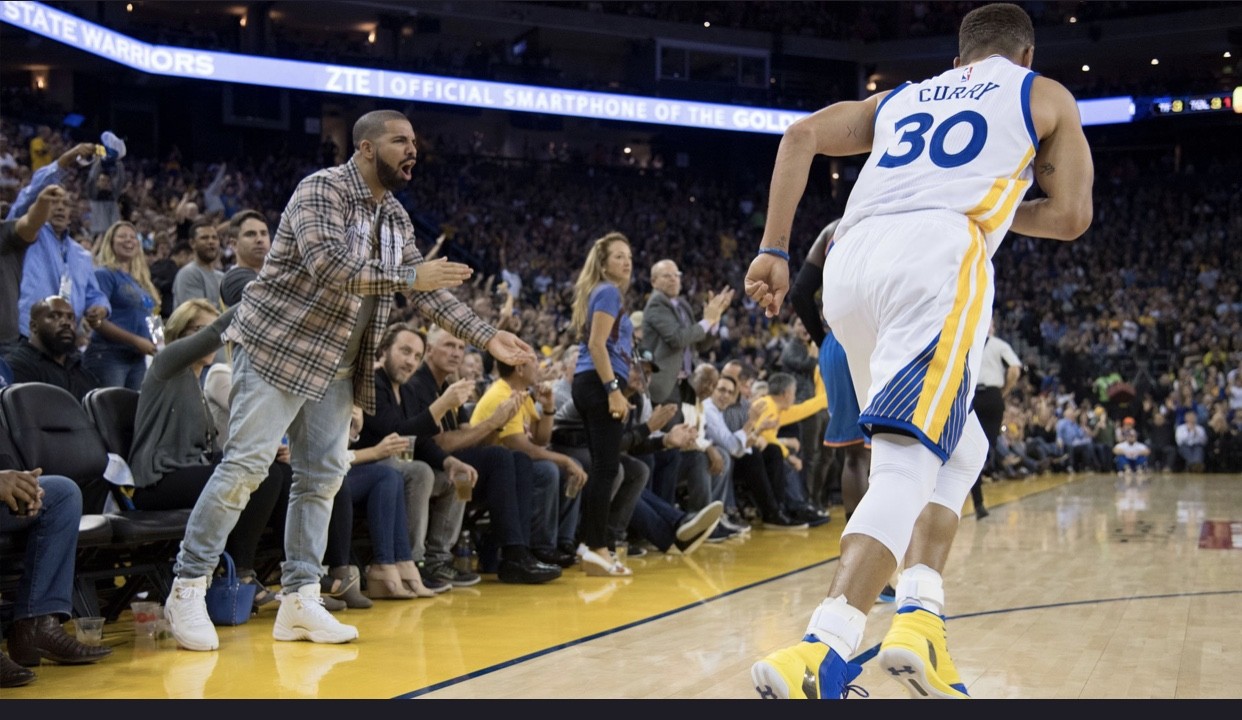 I was off the #CherryJuice for a while and now I am back. So Drake the global star and ambassador for the Toronto Raptors got some strong words before the NBA Finals. The words weren’t from his nemesis Pusha T or legendary Bay Area rapper and Golden State Warriors super fan E-40. The words came from the rock group Smash Mouth. They attacked Drake via Twitter and called him a glorified mascot. 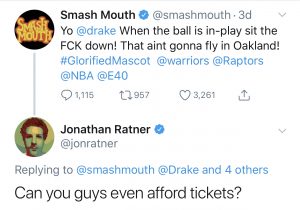 Is Drake Doing Too Much at NBA Games?

Drake has been talked about for his antics at Raptors games. Shows such as FS1’s Undisputed and ESPN’s First Take have spoken about Drake and his shenanigans. In the playoffs, he has mocked Philadelphia 76ers Center Joel Embiid‘s airplane dance, gave Raptors‘ coach Nick Nurse a shoulder massage, and mocked Milwaukee Bucks star Giannis Antetokounmpo after he missed free throws. Drake is this generation’s, Spike Lee. All you millennials, please Google Reggie Miller talking smack to Spike Lee during the NBA Playoffs in the 90s. Drake is actually in business with the Raptors and will be there Game 1 for the Finals in Toronto. Let’s see if Steph Curry, Pusha(Klay) Thompson, or Draymond Green shut Drake up. 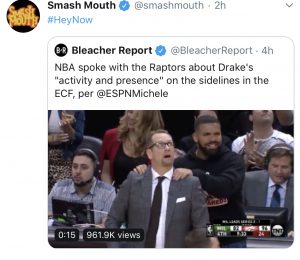 So I really had to look up Smash Mouth. They had that one song that was on the movie Shrek in 2001. They had another hit in the 90s as well and that’s about it. so Twitter went it. People were asking if Smash Mouth could afford NBA tickets. A lot of people asked who is Smash Mouth. A bunch of Shrek gifs went up. I don’t expect Smash Mouth to be courtside at Games 3 and 4 in Oakland. Did anyone know or care if Smash Mouth was from Oakland? Warriors should get them some tickets since they are defending home turf. 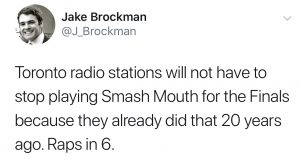