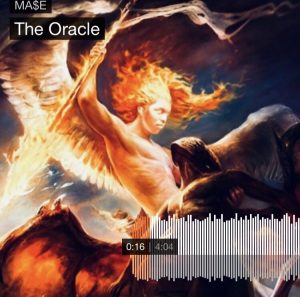 The Oracle Vs Dinner Time

Over the holiday weekend rapper turned pastor turned rapper again Ma$e surprised the world by releasing The Oracle A diss record towards his one-time friend and group member Cam’ron. People probably feel the diss came out of nowhere, but late 90’s hip-hop fans knew exactly what was going on but it still came as a surprise because Murda had been quiet for so long. The Two Harlem Kings fell out a long time ago and even though they would reconcile every so often it never really lasted. Cam’ron recently dropped a mixtape called The Program 11/10/17 and its lead-off track titled It’s Killa was the straw that broke the camels back for Ma$e. 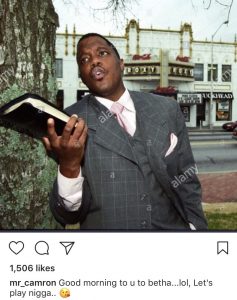 On the track, Killa say’s somethings Mase didn’t take to kindly while most of the whole first Verse was about Mase, the part that Murda has said bothered him the most was Cam threatening bodily harm towards him.  November 24th, 2017 the mouths of the Hip-Hop world drop when Mase releases The Oracle, news travels fast the world is behind the diss record everyone waits to see Cam’s response and his first response was on Instagram , he posts a picture of Mase preaching and let’s Ma$e know he’s ready to play.  That same night Killa posted a clip on Instagram of his response called Dinner Time and the next day dropped the full record

. Once the world had both songs to compare polls were taken, people automatically gave their opinion, but the consensus was Murda Mase had won. After the dust settled it look like the two decided to patch things up as they made comments on Instagram about still remaining brothers, but it was short lived When Ma$e went on to say that they still were not cool and he was just being nice because that’s what winners do. Since that time Ma$e has been doing interviews waving the flag as the winner and asking the world to listen to his side, Cam’ron has been quiet focusing on the Release of his new Fleeboks by Reebok. Is this one over or are we in for a long battle?