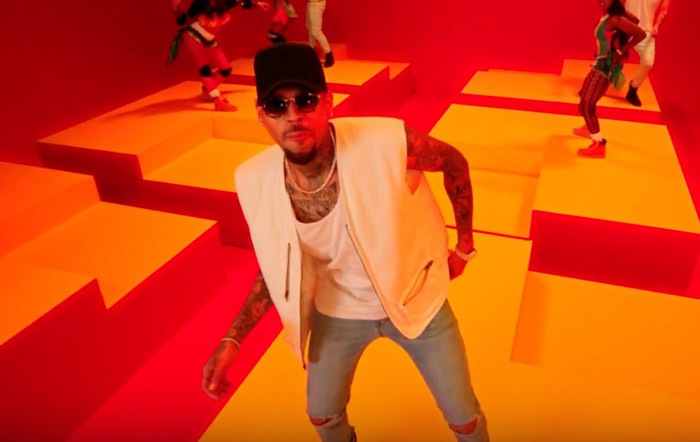 The wait is over. Chris Brown premiered his new single and video  (Aug 16) “Questions” off of his upcoming eighth studio album Heartbreak On a Full Moon. The song is produced by Floyd “A1” Bentley and Christopher Dotson, and features a mix of two Caribbean hits “Turn Me On” by Kevin Lyttle and “Hold Yuh” by Gyptian. In correlation with the single, Breezy also announced on Twitter the release date of Heartbreak On A Full Moon is this Halloween on October 31st.

A clip off of his new documentary “Chris Brown : Welcome to My Life” was recently released as well. It gives insight of the prolific singers upbringing, family, his talents and also  the truth about his relationship with then girlfriend Rihanna.

“Girl, I got a question for ya,” he sings while sliding across the brightly covered scenery . “Can I get an answer / She only love me ’cause I’m dangerous / That poom-poom somethin’ like angel dust.”

Last week, Brown dropped off a new song called “Pills & Automobiles” featuring Kodak Black, Yo Gotti & A Boogie Wit Da Hoodie. This is a strong follow up and leaves many fans anticipating the best for this rumored “40-track” double disc project. It’s great to see Breezy leave the controversy alone and get back to the music that catapulted him to stardom.