January 17, KPBS Media opened a space, providing a platform, a slice of time to shine a light on acclaimed author and cultural icon Zora Neale Hurston in a new biographical segment.

When one thinks of the Black Renaissance, one thinks of Harlem and the multitude of African American Influences in music, art, and literature that lent their voices.

Zora Neale Hurston was one such individual who found herself at the solar plexus of that movement. She was at the nerve center where intellectuals and artisan stretched forth their talents worldwide.  According to the Florida Department of State,

“Once settled in New York, she immersed herself in the black literary movement that eventually became known as the Harlem Renaissance.”

Hurston used her pen to tell prolific stories of the Black experience. During a time when many were tone-deaf, she gave voice to the unheard. Many of her works are considered cultural classics and include the titles Mules and Men, How It Feels to be Colored Me, Barracoon: The Story of the Last Black Cargo, and Their Eyes Were Watching God. However, despite her contributions, obscurity defined the end of her days. Florida Department of State notes,

“In 1960, a debilitating stroke forced Hurston into a welfare home, where she died at 69. She was interned in an unmarked grave in a segregated cemetery.”

Undoubtedly, it was a sad conclusion for such a brilliant artist and leader.

Lifting up A Legacy 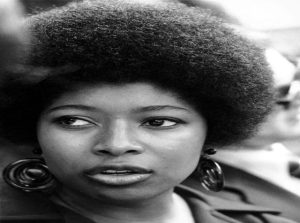 In 1970 literary great and student of Hurston’s work, Alice Walker, took it upon herself to honor the icon’s memory. To pay tribute to Hurston, she sought out her burial site. However, the conditions wherein she found Hurston’s final resting place left her appalled.  Walker is noted as saying, there are times — and finding Zora’s grave was one of them — when normal responses of grief, horror, and so on do not make sense because they do not relate to the depth of emotion one feels.”

Despite the depths of emotion drawn from seeing to what end an icon was relegated, she chose to be the change. She purchased a headstone and ensured it bore the inscription “Zora Neale Hurston: A Genius of the South.”

January 17th and 18th will mark the premiere of American Experience Presents: “Zora Neale Hurston Claiming a Space” on KPBS+ and the KBS 2/PBS video app, respectively. It is a biographical sketch of the artist who rose to share her talent, massively impacting the world. As KPBS notes, “this offering is an in-depth biography of the influential author whose groundbreaking anthropological work challenged assumptions about race, gender and cultural superiority defined in the 19th century.”

The dust from the imprint of those who were laborers in the fields of politics, social development, music, film, word, and art serves as the foundations of present achievements. Thus it is the responsibility of the inheritors of those fruits to ensure the legacy remains intact. And that underlines the importance of highlighting figures such as Hurston and pieces that inform, uplift, and honor them.