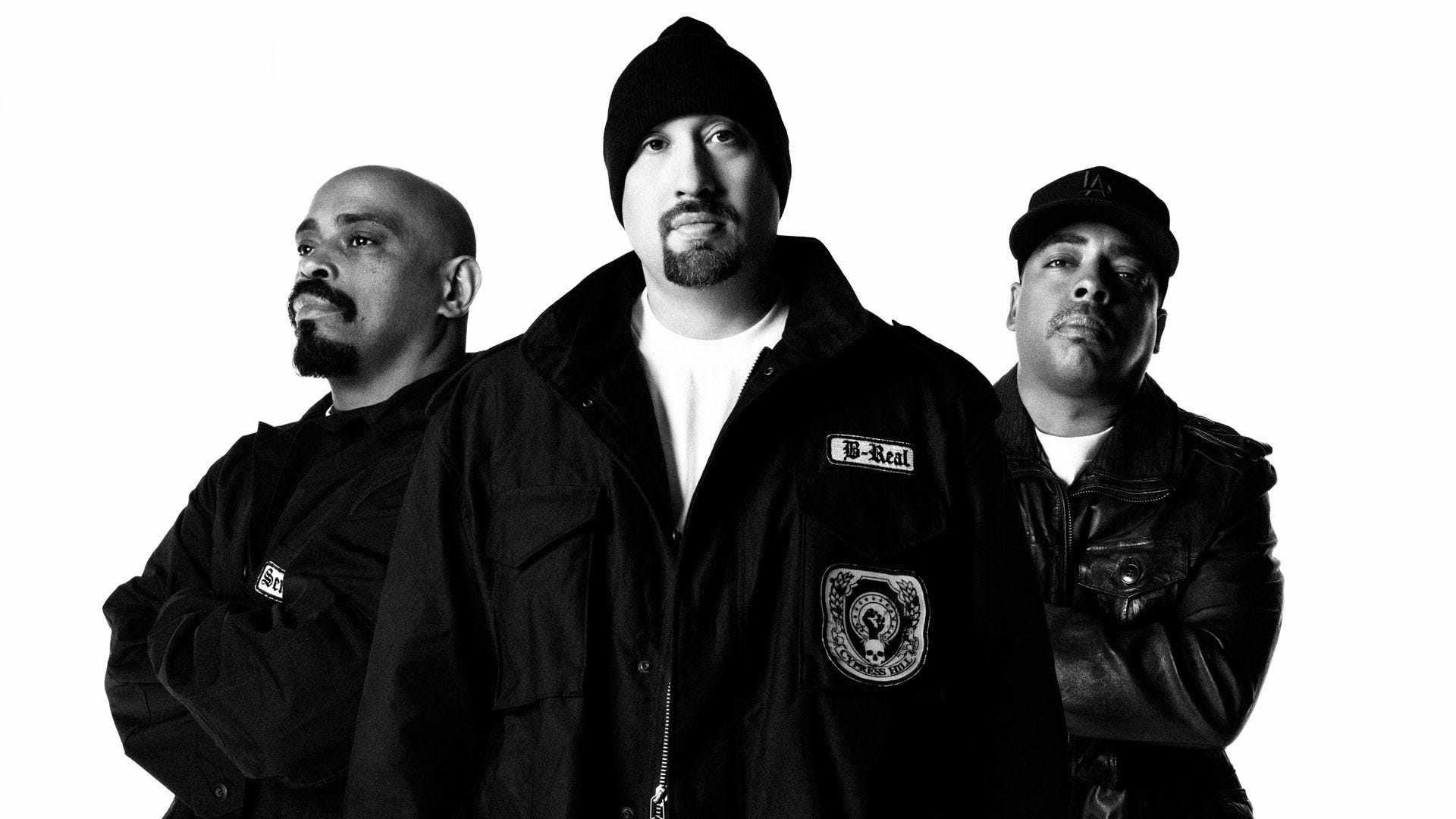 The average 1950s elderly audience member at LA Law would’ve been shocked by its commercials in the 1990s. Two clips speak for two thousand words: the chocolate cake commercial from the 1950s and the ad for whipped topping dated 1992. I can only imagine good old 1950s Samaritan’s reaction to this whipped topping profanity aired in the daytime.

By the 1990s, almost nothing seemed to be shocking enough to not be on TV. Almost nothing, but Cypress Hill did; their “How I Could Just Kill a Man” music video was censored on MTV in 1991. The reason was a depiction of gun violence.

A year prior, the “Murder Rap” clip by Above The Law was distributed on Sony Music. It’s a violent video with various armories being used by law enforcement. Meanwhile, the author of the song warns listeners not to “be surprised when you got a shotgun up your ass.” Above The Law’s video was streamed on MTV with no restrictions.

You can’t blame Cyprus Hill’s music either. The band sounds more like the latter between the mentioned brutal Above The Law clip and the 1991 Sprite commercial.

What controversy had the band with a tree in its name put against Above The Law? 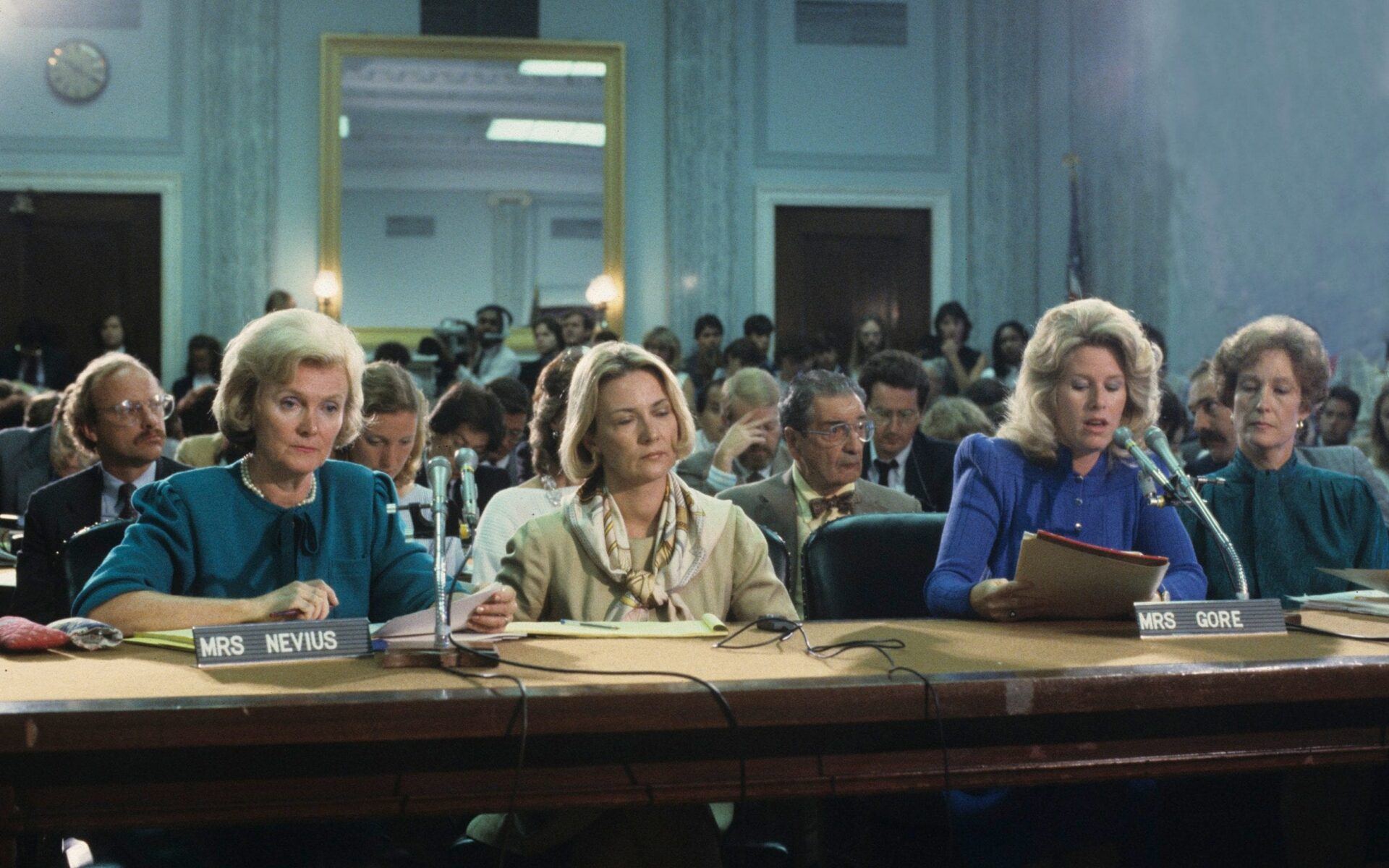 At the beginning of the 1990s, self-proclaimed moral authorities were at war with Hip-Hop culture. Tipper Gore, the second lady of the United States, considered Hip-Hop a possible threat “to preserving the moral foundation of our society” and called “to pressure the entertainment industry to respond to our needs.”

Tipper Gore and the Washington Wives also helped to organize Parents Music Resource Center. It started when the second lady got a CD of Prince’s Purple Rain for her daughter. Gore described her shocking musical experience in her book Raising PG Kids in an X-Rated Society. Once the second lady heard “the vulgar lyrics,” she was “embarrassed, stunned, but then got mad!”

The group called for a rating system of music labeling, like a film rating system. Initially, “rock-porn” had been the organization’s primary concern.

However, from the late-eighties to the early-nineties, the focus shifted on Hip-Hop. In 1990, Tipper Gore wrote “Hate, Rape and Rap” for Washington Post. The second lady used the n-word in the first sentence of her manifesto. She then accused Hip-Hop of “institutionalizing” racism as the “part of our entertainment.”

C. Delores Tucker was also campaigning against gangsta-rap. Longtime civil activist, she joined Bill Bennett in the fight against labels promoting violent Hip-Hop and picketed stores selling “gangsta and porno rap.” In response, Tupac Shakur dissed her on “How Do You Want It.” Tucker filed a $10 million defamation lawsuit against Shakur for lyrics in the “All Eyez On Me” album; the diss is on the record too. Lil Wayne, Lil Kim, and many more artists mentioned Tucker in their songs. One of The Game’s song lines says: “I’ve got more hatred in my soul than Pac had for De’ores Tucker.”

Meanwhile, by the beginning of the 1990s, Hip-Hop became almost wholly commercialized. Nissan advertised cars by making its white workforce rap. RUN DMC was a part of Nancy Reagan’s ‘Just Say No’ campaign. Kurtis Blow even wrote a song for Sprite. Hip-Hop by itself didn’t seem to be that great of a problem; the profits were too good. Thankfully, in post-Reagan America, profits were also considered the common good.

Militant second lady and her friend group just didn’t have enough power to crush the Big Entertainment and prevent Hip-Hop culture from institutionalizing racism in the United States. The ladies, however, took preventative measures. Such as pushing laws, which led to the arrest of 2 live crew in 1990. Making it all the way to the Supreme Court, the court graciously overturned the case.

On top, PMRC pushed a law, making it necessary to mark albums and songs with explicit materials. Once law came into power, Wal-Mart, the largest music retailer, stopped selling CDs marked with PMRC stickers. Most of the banned music was Hip-Hop.

Around the same time Washington Wives were fighting obscenity and racism in Hip-Hop, LAPD arrested and cruelly beat up Rodney King. Half a year later, “Cypress Hill” by Cypress Hill came out. 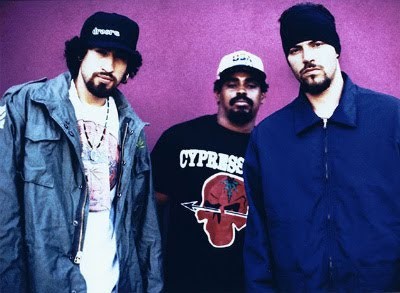 Cypress Hill in the 90s/Indierider

The reception for Cypress Hill’s eponymous 1991 album. Rolling Stone claimed that it could “raise a few eyebrows” and said the album is “pushing the credo of “funky awareness.””Village Voice graded the album an A- and described the band as following: “they like hemp, hate cops (“pigs”), and celebrate their neighborhood rather than their dicks.”

Probably not intended to be one, the album seemed like a cultural response to Washington Wives’ hypocritical fight against rap music. “Cypress Hill” instrumentals could be used for all the commercials mentioned above in this text. Meanwhile, the lyrics would’ve probably had the band arrested; could the case against 2 live crew had overturned differently. The album has it all: drugs propaganda, disrespect for law and order, explicit violence.

Cypress Hill are not the first gangsta rappers in the history of Hip-Hop. However, they were one of the first who made the gangsta lifestyle sound fun. Instead of anxious beats and harsh lyrics, the band tells their stories in an easy-going manner and groovy beats in the background.

The first album’s song “Pigs” is about the police. While it’s not the first song about corrupted and violent law enforcement, the message is brought differently than before. Take “Fuck the Police” by NWA Cops’ cruelty, sense of uncontrollable power, and unnecessary violence are described in detail. However, NWA still refers to law enforcement in “human” terms like “police,” “cops,” “they,” or “motherfuckers.”

Cypress Hill calls the cops “pigs” from the first line of the track and does it for the rest of the song. The band works in the tradition of Nazi propaganda, dehumanizing and demeaning their enemy. They list cops’ sins too. Like “this pig’s steady eatin’ donuts while some motherfucker’s out robbin’ your home” or “this pig he killed my Homeboy, so the fuckin’ pig went on a vacation.”

Band also recorded a Spanish version of the “Pigs” called “Puercos.” Imagine being an American cop and listening to someone calling you a pig in Spanish for 3 minutes.

Your violence and drug propaganda are in “How Could I Kill A Man” and “Stoned is the Way of Walk”. The band not only rapped about drugs; they are long-time cannabis activists calling for legalization since the 1990s.

Cypress Hill opened the doors for 90s gangsta rap. While brutal and violent, it’s in a funky manner and uses precise storytelling or personal reflection instead of societal calls to action. In response to Washington, Hip-Hop focused on things politicians blamed it for and eventually won. 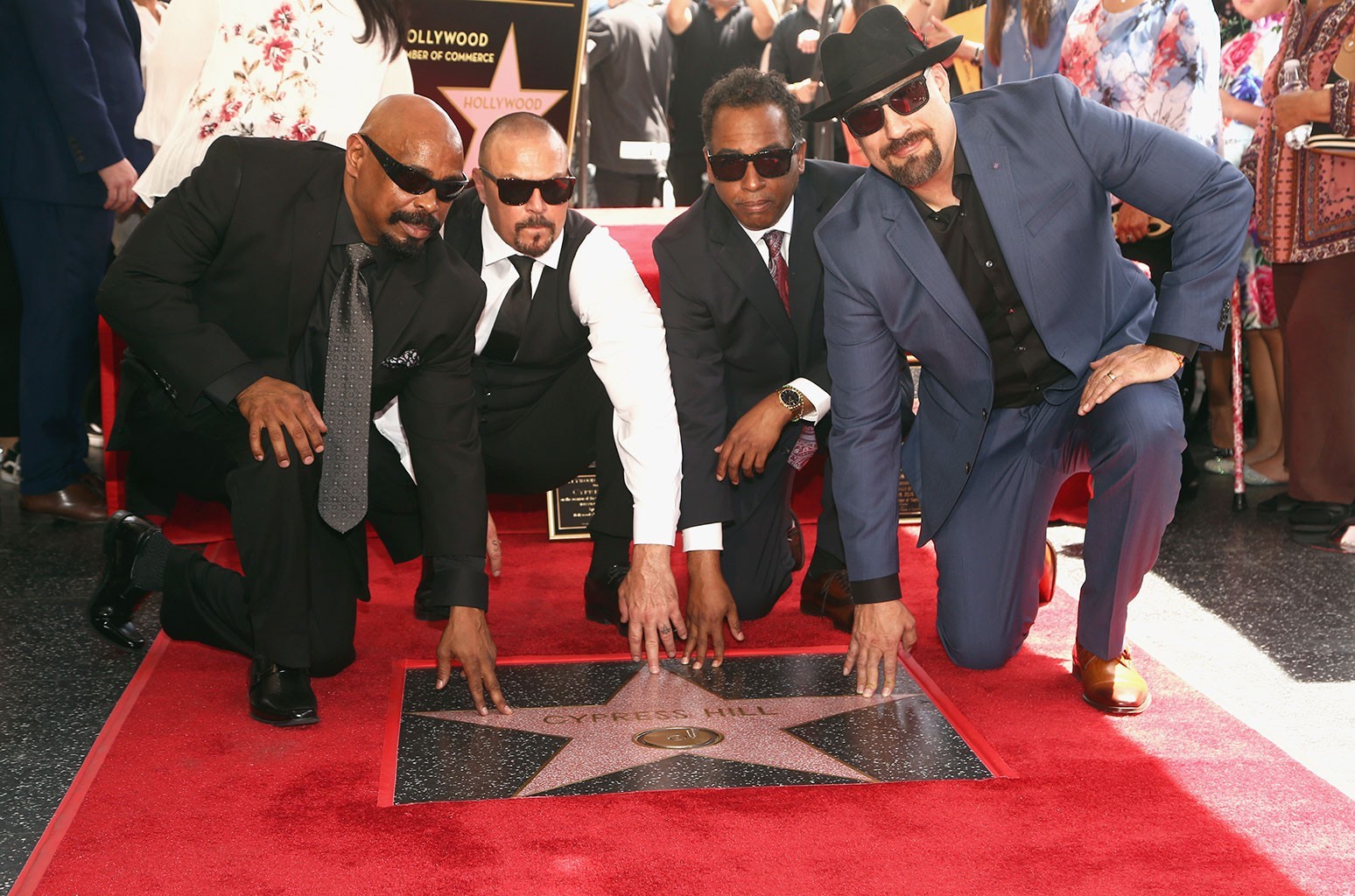 Cypress Hill on the Walk of Fame/Billboard

Thirty years later, Cypress Hill has a star on the Hollywood Walk of Fame. They are also re-releasing their debut album, which you can listen to here, here, or here. You can also read more retrospective reviews like this on our website.