Destiny’s Child just reunited in a supportive phone call, and fans are very happy to see it.

Michelle Williams took to Instagram to release a set of audio clips detailing the conversation between the members of Destiny’s Child. The call was in connection to Williams’s new book, Checking In, in which Williams opens up about her struggles with depression. In the phone call, the former group members can be heard giving their admiration to Williams for her success. Beyonce’ and Kelly Rowland praise Williams for opening up and being her true self in her new memoir.

“The greatest thing Destiny’s Child has ever given me is my gift of friendship for you ladies.”

In the caption of one of the Instagram videos, Williams joked that these audio clips were “the only time we’ll let y’all eavesdrop on our group chats!!” It is clear in the entire phone call snippet that the three successful women have maintained a good foundation in their relationship all these years later. They joke about seemingly normal things and praise each other for their successes. They talked about how routinely they tried to check in with each other, and the importance of doing so. 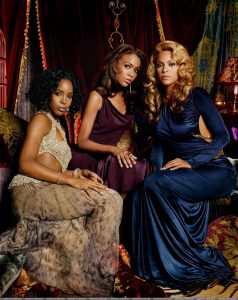 Fans were more than happy to hear a snippet…

The trio’s supporters were happy to see their favorite group reunite and sound so happy and successful. It was a relief to many that Destiny’s Child had remained on such good terms throughout the latter years. One fan responded with “Discernment’s Child! We love to see and HEAR it! 🤎🤞🏾”

The audio clips were a great snippet to give fans during these difficult times, and their happiness radiated to their listeners. It is clear that after so many years, nothing will truly break up Destiny’s Child.