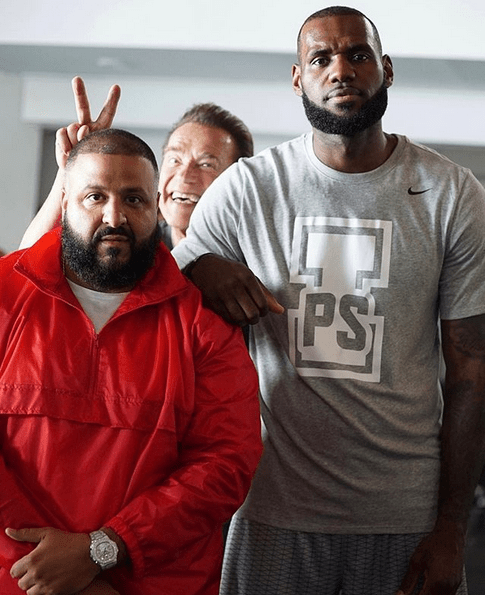 DJ Khaled (@djkhaled) is making moves on the podcast scene and announced his partnership with NBA superstar Lebron James (@kingjames) on their new podcast, “The First One”. Immediately after James and the Los Angeles Lakers defeated the Miami Heat in the NBA finals, Khaled revealed his partnership with Springhill Company (media company started by Lebron James and his longtime business parter Maverick Carter) and Amazon Music.  It premieres Thursday (Oct.15) exclusively on Amazon Music. You can watch the launch trailer below.

The name of the Audio Movie, as Khaled describes it, is clearly a spin on his favorite phrase “Another One”. Amazon gave us a hint of the drop in September when they announced the launch of a new podcast feature that will be available in the U.S., U.K., Germany, and Japan. This service will have established podcasts, but will also be creating their own content, including ‘The First One’.

During that same time, Khaled dared to explain what his podcast is going to be all about. In his trailer, he sneak peaks a few big artists like Rick Ross, Bon Jovi, Lil Wayne, Big Sean, and Fat Joe. His audio movie topics will revolve around fame, fortune, life, and success. But that’s not all, he also wants a recurring theme around the hits songs and projects that helped to shape each guest into the iconic artists they’ve become. He says, “These stories are here to motivate you because everybody starts from somewhere, from the ordinary to extraordinary. Before you get to another one, you got to get to ‘The First One’”.