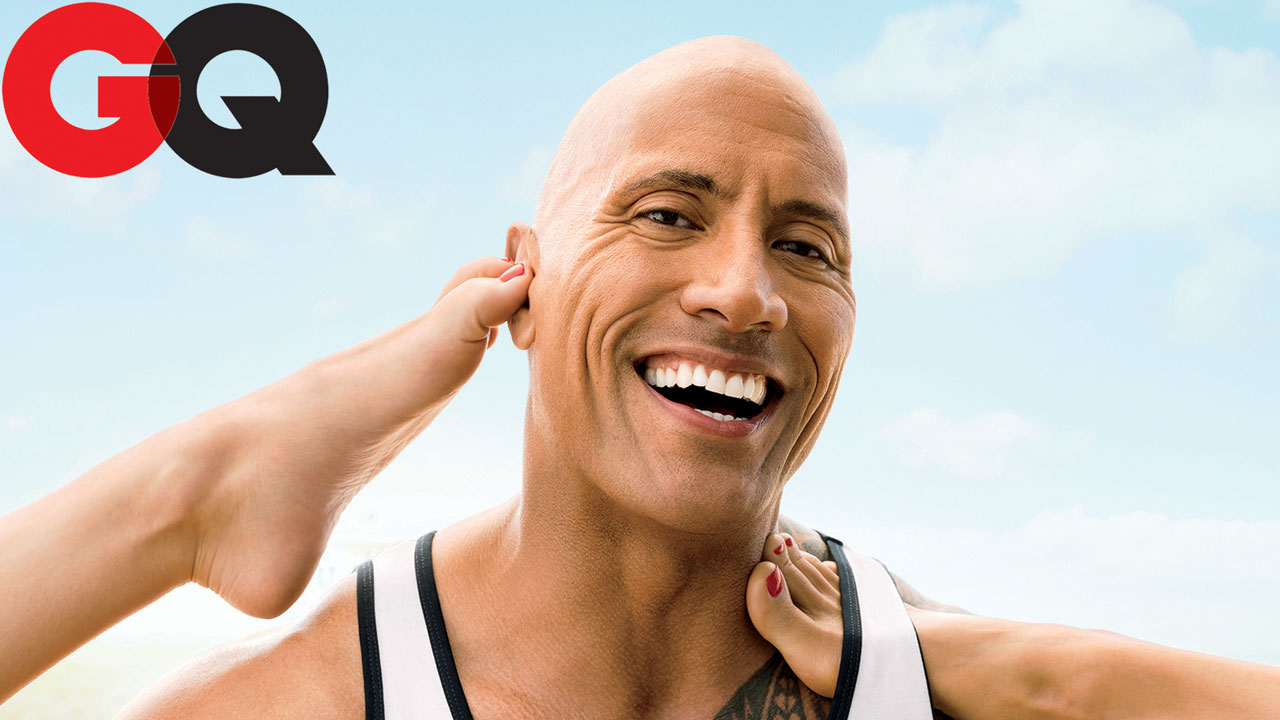 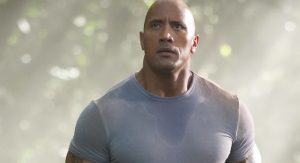 Despite Tyrese and his emotional antics, The Rock is having a GREAT year!

Dwayne Rock Johnson finally gets a spot on the walk of fame. Over the years we’ve grown to love Dwayne from his start in the ring to his star in the film industry. Outside of his looks being a reason for his fan base, he has also gained the love of most from his humble attitude. HuffingtonPost.com reported that Dwayne took to Twitter to share his thoughts receiving this star;

Johnson called the accolade a “true true honor” and said he was “so grateful” and had “so many people to thank.”

The official ceremony takes place on Dec. 13 ― and Johnson said he would “see everyone there.” He added, “Tequila on me.” 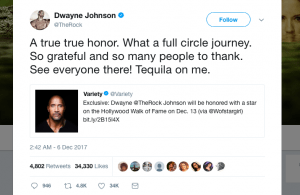 Honestly, Tyrese can learn a thing or two from The Rock. What you put into the universe is what you receive right back!

A couple of months back Tyrese shared his feelings towards The Rock on social media about his feelings towards the tapping of Fast 9. Tyrese felt like recording Fast 9 should be Dwayne’s main concern but unfortunately, it just isn’t and because of that Tyrese is not happy about it. Independent.co.uk shared that Tyrese Gibson has issued a Fast and Furious ultimatum – he won’t be in the sequel if Dwayne Johnson is. “I’m sorry to announce that if Dwayne is in Fast 9, there will no more Roman Pearce,” he said, alluding to the character he’s played since 2 Fast 2 Furious in 2003. This isn’t the first time Johnson has been embroiled in a feud with a Fast & Furious co-star. Ahead of the franchise’s eighth entry, it was widely reported that the actor was being kept away from Vin Diesel following tense on-set encounters. The Fast and Furious spinoff – which Gibson claims was originally set to be focused on Pearce and Chris ‘Ludacris’ Bridges‘ character Tej – will be released July 2019 with Fast 9, the franchise’s penultimate entry, arriving April 2020.