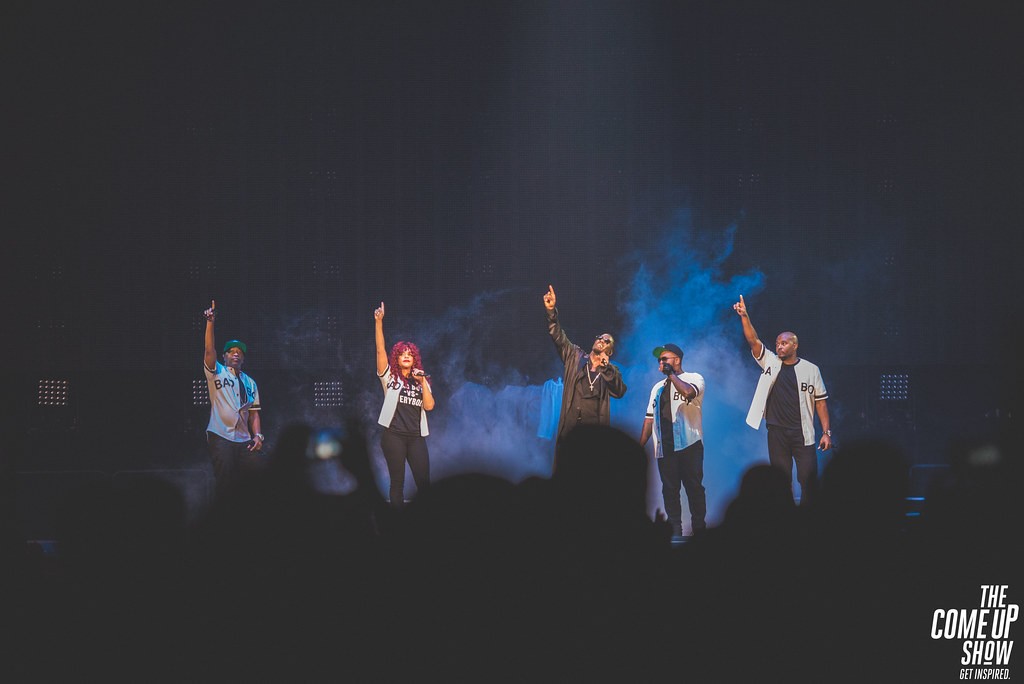 Almost a whole year ago, on July 19th, 2019, Conway The Machine released a song titled “Bang” featuring Eminem. On the track, Eminem takes a stroll through his graveyard of careers he helped kill, mentioning Canibus and Ja Rule, but also took some shots at Diddy’s Revolt TV network.

“Yeah, shout to Puffy Combs, but f-ck REVOLT, Y’all are like a f-cked up remote, Now I get it why our button’s broke, cause you pressing the heat but do nothing though, especially when it comes to punch this throne,” exclaims the Detroit rapper in the third verse of “Bang”.

The song itself has an angry, in-your-face tone with Conway’s raspy flow and Em’s disses, but did he take it too far by targeting Revolt? Revolt TV, under Sean ‘Diddy’ Combs’ leadership, has taken a lot of initiative in the wake of George Floyd’s death and protests, offering a news outlet made by, and for, black people in these times of revolution. Now, almost a year later on on June 23th, 2020, Revolt finally responded by posting a picture on Instagram stating, “F-ck You Too Eminem -Revolt,” and also saying  “Eminem trying to come for us is an unneeded distraction. It is not OK,” to Billboard.

Eminem has since released a formal apology. 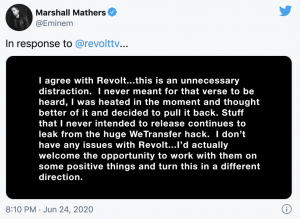