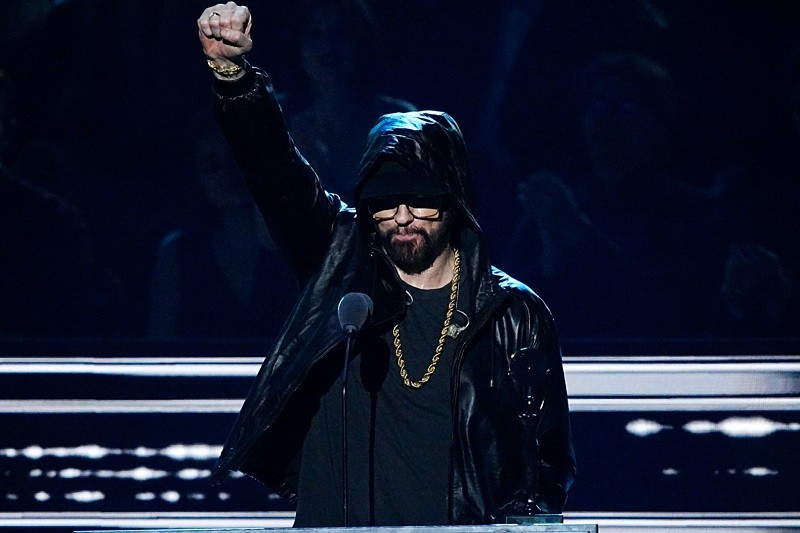 Eminem is bringing his Detroit-based pop-up restaurant concept, Mom’s Spaghetti, to New York. It is part of the 20th-anniversary celebrations of the movie “8 Mile”. In addition to the spaghetti, the pop-up will also feature various merchandise for purchase.

“8 Mile” is a movie from 2002. It is major because it was Eminem’s film debut and was semi-autobiographical. The movie is also the origin of the name chosen for the pop-up restaurant. In the movie Eminem plays a character that lived at home with his mother, and was subject to her cooking. One of Eminem’s most popular singles, “Lose Yourself”, was made for the movie and has the term “mom’s spaghetti” as a slant rhyme to “arms are heavy”. This line acknowledges the youth of the character, who would nervously throw up his moms cooking before performing on stage.

According to Know Your Meme, the lyric became a meme on 4chan in 2012 as a representation of social awkwardness or humiliation by quoting the song and ending it with “Mom’s spaghetti”. The lyric fits because the song is about embarrassment, and the social awkwardness some may feel if they’re put on the spot in public. The meme has since evolved into pocket spaghetti stories, where someone finds themselves finds themselves having to speak in public, and instead repeats Eminem’s lyrics about moms spaghetti, complete with pulling actual spaghetti out of their pocket before fleeing.

From a Lyric to a Business

In 2017, Eminem took the lyric back by turning it into a popup. After that turned successful, he opened a permanent restaurant in Detroit in 2021. He is now expanding this new chain into New York. The restaurant is not the only thing that Eminem is opening in New York, either.

There is also an adjacent upstairs store opening with the restaurant. The store is called “The Trailer” and will be selling merch from Eminem and his new pasta chain.