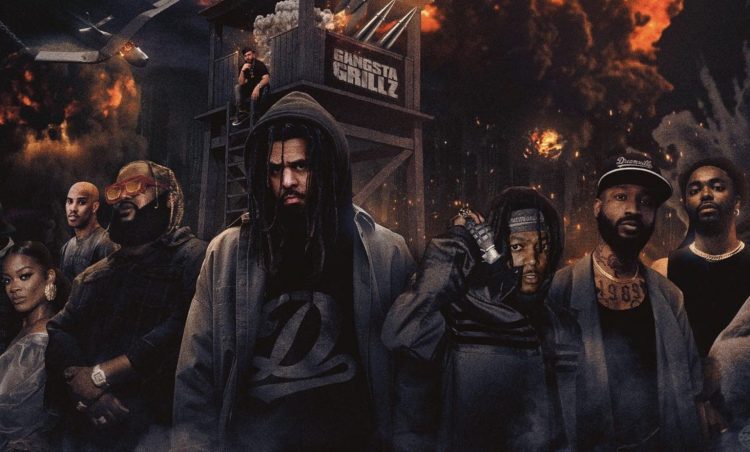 J. Cole and Dreamville teamed up for a new mixtape, hosted by DJ Drama.. This tape titled D-Day: A Gangsta Grillz Mixtape is getting mostly praise from listeners online. What many thought would be a poor April Fool’s joke was a real project for fans to enjoy this weekend. It features the entire Dreamville roster along with other special guests including 2 Chainz, Kenny Mason REASON, Sheck Wes, A$ap Ferg, Young Nudy & G Perico. Stream the new project today from one of the South’s most established record labels as they get ready for the Dreamville festival this weekend.

For the most part, many are praising both Dj Drama & J. Cole on their new release. With the release of D-Day: A Gangsta Grillz Mixtape being only announced a few days before launch, there weren’t many expectations to be lived up to. Somehow Dreamville still seems to excel at delivering quality songwriting & music production. It’ll be exciting to see what artists on the roster like Bas, JID & Ari Lennox will be releasing this year moving forward. Check out some of the positive reception D-Day: A Gangsta Grillz Mixtape is getting on Twitter:

I don’t need to listen to this new Dreamville 2-3 more times, to know that it’s fire af.

Cole is sick, bro. And the whole #Dreamville is nasty! This mixtape is 🔥🔥🔥.

J.Cole has cemented his name among the top lyricists. 🐐

Ari Lennox on “Coming Down” is perfection. Her tone is so beautiful. If anybody could do Mary J. Blidge “Going Down” justice, it’s her.