Colombian Reggaetón and Latin Trap star, Feid (@feid), released his latest mixtape, BAHÍA DUCATI (BC), on September 11th, 2020. This project follows his latest studio album, FERXXO (VOL 1: M.O.R), which was a massive success that set high expectations for this new installment. All but one of the tracks on BC features a diverse range of urban Latin artists. These include up-and-coming talent like Alvaro Diaz, OG’s like Ñejo y Dalmata, legends like Zion & Lennox, and global superstars like J Balvin. The most popular song on BD right now is PORFA – Remix, which was Feid’s hit single of the summer.

In Spanish, Feid says the following about BAHÍA DUCATI on an interview for Billboard Argentina:

“BAHÍA DUCATI has become a very special project to me. It came about, was finished, and was almost released during quarentine… I have no expectations for it because I put in so much love and time into it that the simple fact that it exists is already insane! I hope the people enjoy it as much as I do, that they burn it and listen to it too many times, haha. Enjoy BAHÍA DUCATI because it’ll make you dance perreo wherever you’re at!” 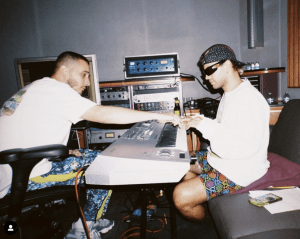 Feid’s career in Latin music kicked off long before he became a recording artist. He began writing and producing in Medellín during Colombia’s big Reggaetón boom in the early 2010’s. Living in Medallo put him at an advantage to work with artists like J Balvin and Maluma early in his career. He even had Nicky Jam record in the home studio he built in his mom’s garage once!

Since then, he has made a name for himself as an artist in the new wave of urban artists. For example, he forms part of the Reggaetón/Latin Dancehall collective Los Avengers and he often collabs with other artists from his generation. But not only is he a part of the new wave, but he is creating a new wave in music too!

In his work, provides both visual and musical candy to his fans. His music combines punchy, traditional Reggaetón elements but tops them off with R&B-like chord progressions and imaginative lyrics. You never know what to expect when you hear a song of his–something that is often seen as uncommon in his genre. Then, Feid maintains a congruent, vintage aesthetic throughout his social media, music videos, and cover arts. He makes it seem like all of his pictures were taken on polaroids and his videos on VHS tapes.

Stream BAHÍA DUCATI on all platforms!